Structural steel work for the project finished in February, and the new section of the stadium is expected to be made watertight by the end of March.

Plans are in place to unveil the new-look sporting venue when Sunshine Coast Lightning hosts the Giants in a Round 5 clash of the Suncorp Super Netball on Saturday 25 May.

USC today released artist impressions of the redevelopment, which is being funded by the Queensland Government and constructed by Sunshine Coast company Evans Built.

The images highlight the new section on the eastern side of the stadium that will add 1,000 seats to the venue, expanding its capacity from 2,000 seats to 3,000.

In addition to the increased spectator seating, the extension will incorporate new athlete changerooms, a multi-purpose function room, new sound system, dedicated seating for people with a disability, and new public bathrooms.

“We are thrilled to have arguably the most loyal, enthusiastic and vocal supporters in the league and we can’t wait to hear them cheering loud and proud in the upgraded stadium,” she said. 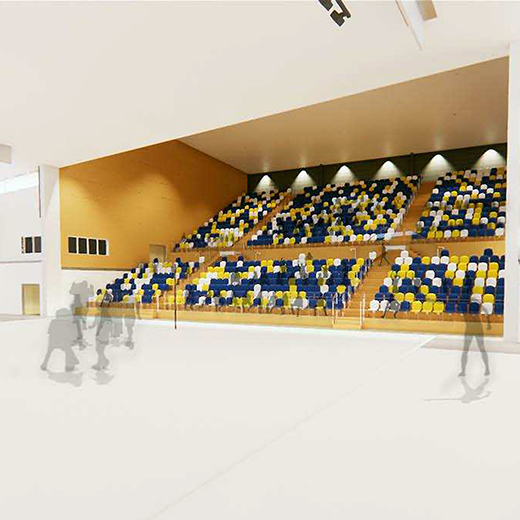