Sean O’Boyle has recently been named in the ABC Classic FM list of the ‘Top 500 Composers You Can’t Live Without’ alongside the likes of Mozart, Beethoven, Bach and Gershwin, and now voting is open to the public to build the definitive Top 100.

Sean has had his compositions performed and or recorded by all the major Australian orchestras, as well as well-known overseas ensembles including the Royal Philharmonic Orchestra and the BBC Concert Orchestra.

The ARIA Award winner who joined USC in 2017 has been acknowledged in three previous ABC classical music countdowns, including ranking 32nd in the ABC Classic FM Top 100 Concertos.

“It is an absolute honour to be named in the Top 500 composers list and it would be wonderful to be included in the Top 100,” Sean said.

“The idea of these lists is for lovers of classical music to champion the composer that means the most to them, and it’s a wonderful opportunity for Australian composers to be recognised amongst the historical greats.

“It is terribly important that academic staff in the arts at universities have an active international career in their discipline. This shows our students commitment to the highest benchmarks a career can bring and brings enormous benefits to the students’ pursuit of their degrees and ambition for the future.”

The Classic 100 is ABC Classic FM’s annual poll of Australia’s favourite classic music. You can vote for Sean here: https://www.abc.net.au/classic/classic-100/composer/

Voting closes on Monday 20 May and the countdown will air on the weekend of 8-9 June. 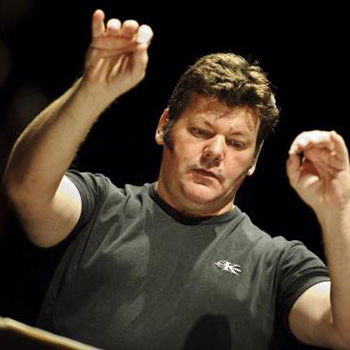