Ashleigh discovers her future in art of storytelling | UniSC | University of the Sunshine Coast, Queensland, Australia

An emerging Indigenous writer from Gympie has graduated from USC with the aim of becoming one of Australia’s leading storytellers.

Ashleigh Alexander, 22, graduated with a degree in Creative Writing at a ceremony on Thursday 26 September at Matthew Flinders Performance Centre on the Sunshine Coast.

Ashleigh has already tasted early success as a writer.
In her second year of university, her story about a young boy who draws strength from the Dreamtime story of the Dolphin Children while dealing with the harsh reality of his mother dying was made into a short film, titled Salt Water.

Ashleigh also narrated the movie which was shot at Mooloolaba Beach and was featured at the Sunshine Coast’s Horizon Festival of arts and culture.

Another of her stories, The Rainbow, was published in USC’s 2018 anthology, a collaborative effort by creative writing students which follows the threads of humanity through this collection of 18 short stories exploring life, love, imagination, memories and death.

“I have always had a passion for reading and writing and this inspires me to write my own novels, short stories and screenplays,” said Ashleigh, who attended Gympie’s James Nash State High School where she received awards in cultural, hospitality and literature.

“In high school, I participated in a creative writing program and student writing competitions and this cemented for me that I wanted to study creative writing and pursue a career as novelist, journalist or screenwriter,” she said.

She said USC’s industry-focused Creative Writing degree had helped her to build a portfolio of work across a variety of styles and genres.

“It focused on developing industry-ready skills in editing and publishing, and I am finding this most useful as I work towards achieving my ultimate goal of becoming a well-known Australian author and scriptwriter.” 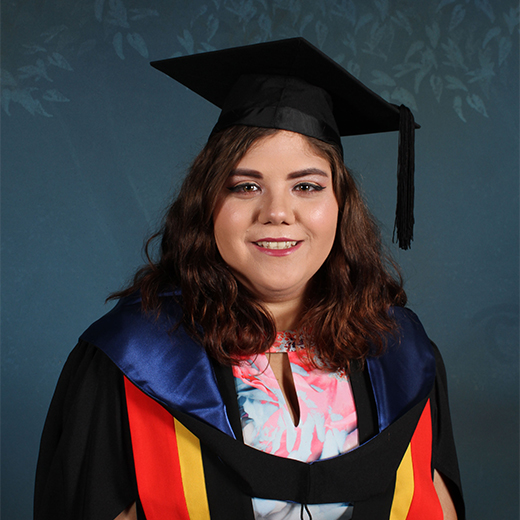 A series of ‘Lunchbox Lectures’ in Gympie by leading academics and aged-care professionals will explore key issues for the elderly, including dementia, social isolation and end-of-life care.