On the top of Nursing Science graduate Glenda Sutcliffe’s cap was a message in honour of her late mother which read: “All that I am or hope to be, I owe to my mother”.

“My father died when I was young, so my mother was my mother, my father, my best friend – she was my everything and I wanted to make her part of my day,” said Glenda, who also wore one of her mother’s dresses to graduation.

“They say your loved ones watch over you when they die, and I thought if she is looking down on me, she is going to see this message and be proud of me.”

Glenda’s mother died suddenly from flesh-eating bacteria Necrotising Fasciitis eight years ago when Glenda was in her early twenties.

“On my first day of university, a few years after she passed, I wrote that quote in my book and decided when I graduated, I would find a way to use it to honour her.”

After working a variety of jobs, including farmhand and hairdresser, the Hervey Bay resident said her mother’s death was the catalyst to enrol in a nursing degree, which she completed while working as an Assistant in Nursing at Queensland Health.

In a strange twist of fate, the first lecture she walked into was being conducted by April Martin, one of the nurses who cared for her mother in intensive care at the Hervey Bay Hospital.

She praised the USC lecturer for helping her deal with unresolved issues and emotions surrounding her mother’s death. “I would not have been able to get through this journey without April’s support,” Glenda said.

In a poignant touch, Ms Martin gifted Glenda the trencher cap from her own graduation so Glenda could adapt it with the tribute to her mother.

Glenda also had to deal with her own health issues while pursuing her nursing dream. After previously battling cancer twice, she suffered another health setback during her studies.

“I survived many health complications when I was a child and was diagnosed with another cancer just a few months after losing my mother,” Glenda said.

Due to further illness, she had to take almost a year off her studies for surgery, treatment and recovery purposes. Earlier this year, she postponed further treatment so she could complete the final placements required for the Nursing Science degree.

“It took a whole lot of strength, determination, resilience and grit, as well as a great support network, to finally complete my degree,” Glenda said.

“However, if it wasn’t for my life experiences – my own health issues and those of my friends and family – I wouldn’t be who I am today,” she said.

“I am eager and keen for what the future holds and will utilise all of my life experiences, time and energy to care and fight for others. I am here for a reason – nursing is my purpose.”

Glenda plans to undertake a research project aimed at improving communication and support for the families of critically ill patients as part of USC’s Nursing Science honours program next year. 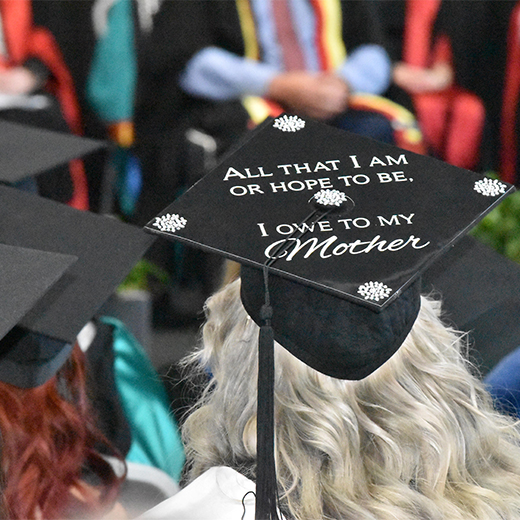