One of the world’s most popular flowers – the peony – can now be grown in hot climates, following a discovery that could disrupt the multi-billion dollar global cut flower industry.

University of the Sunshine Coast Science graduate Krista Bogiatzis has found a way of replicating perfect winter conditions to allow peonies to bloom in Queensland, Australia, where subtropical temperatures have caused many previous attempts to fail.

She said the discovery meant Queensland could one day supply spring blooms for Australia’s wedding season and potentially offer a product to the global flower market outside of its usual season.

“This is a chance to develop a new industry producing a very high-value flower in August and September at a time when most other countries cannot produce them,” Ms Bogiatzis said.

“All of what we get here in Queensland is imported from France and the Netherlands in May, or from the southern parts of Australia or New Zealand in December, so we can have blooms three months out from when anyone else is supplying.”

This means locally grown peonies can be available for the wedding season around September, and for Mothers’ Day in May.

Growing the blooms in Australia also avoids the fumigation process required to import flowers, and damage that occurs in transit.

In 2016, the picturesque peony was the United Kingdom’s top-selling flower, following intense interest on social media.

Ms Bogiatzis said she has been able to replicate the conditions required to trigger the peony’s spring bloom.

“Peonies only grow in cold climates with cold winters and they need a long cold snap to break them out of their dormancy, but we just don’t get those conditions in the subtropics,” she said.

“In a greenhouse at the University of the Sunshine Coast, we were able to fine-tune what these peonies need, in terms of temperature, conditions and nutrients, to give them the perfect winter environment.”

“We also know how to time it perfectly so that when they are ready to bloom, they think it is spring.”

Mrs Bogiatzis, who began the research in 2015 as a Bachelor of Science (Biology) student, said she hoped to eventually offer locally grown peonies to the subtropical Australian market, which largely relies on costly imports from France, New Zealand and southern Australia.

“The buds are cut while they are still tightly closed and they are kept almost frozen in transit. And because they can be damaged, like anything transported over long distances, the expenses involved make it sometimes unaffordable for people to buy imported peonies,” she said.

Mrs Bogiatzis grew up in Canada where peonies were prolific.

“Peonies are one of the most beautiful flowers in the world and are known as the ‘Queen of the Garden’ in Europe. They have been a symbol of good luck, fortune, health wealth and prosperity and have many medicinal qualities,” she said. 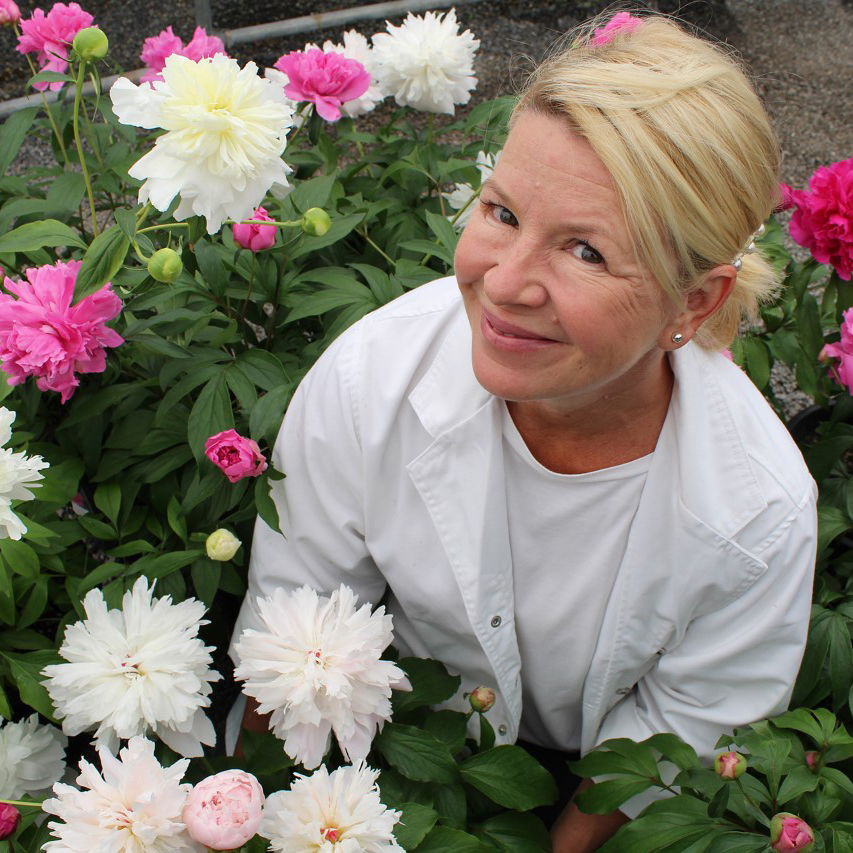