USC staff will be sporting the colour yellow as a bright show of support for Sunshine Coast Lightning ahead of the Suncorp Super Netball grand final on Sunday 15 September.

The University’s involvement in the Coast-wide “wear yellow to work” day will urge on the reigning premiers as they aim for a third consecutive grand final victory in their clash with the NSW Swifts at the Brisbane Entertainment Centre.

Sunshine Coast Lightning, which is a joint venture of USC and the Melbourne Storm NRL club, has been the only team to raise the Suncorp Super Netball trophy since the new national competition began in 2017.

Lightning has beaten the Swifts three times this year with close victories in rounds 4 and 11, and a decisive 58-48 win in the major semi-final on 31 August.

Tickets for the grand final are currently on sale through Ticketek. 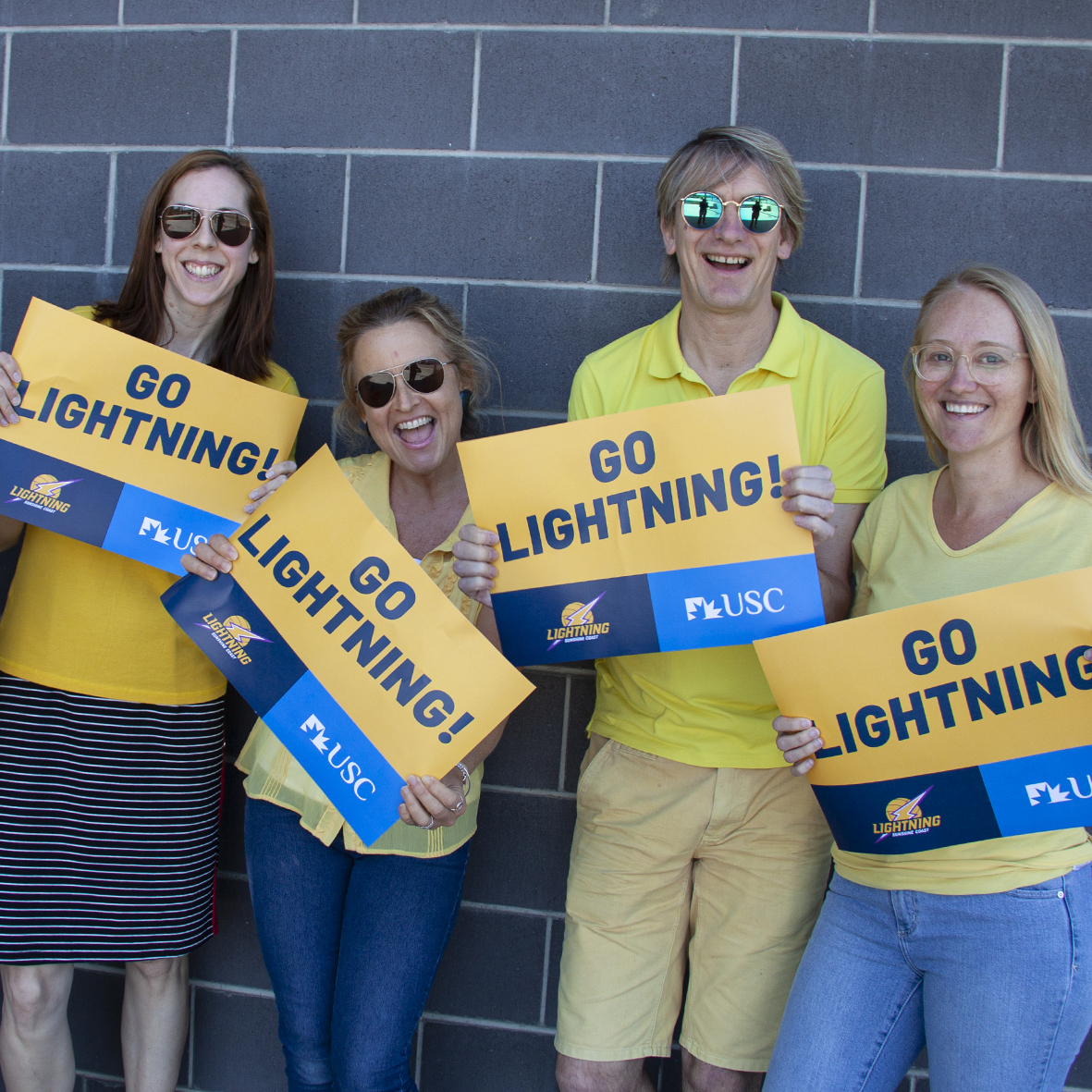