Both were competing in S14 100m butterfly finals last night and took the same approach to claiming their medals – turning fifth at the 50m mark and powering home through the back 50m to finish third.

Hance, 20, finished in 56.90 seconds, with race winner Gabriel Bandeira of Brazil setting a new Paralympic record of 54.76, while Storm, 17, finished in 1:06.50 in a race that saw Russian swimmer Valerii Shabalina establish a new world record of 1:03.59.

Storm will return to the pool tomorrow (Friday 27 August) for the 200m freestyle, before teaming up with Hance on Saturday for the mixed 4x100m freestyle relay.

In wheelchair rugby, Chris Bond played a strong role in Australia’s opening match against Denmark, in which the Danes staged an upset 54-53 win over the defending gold medallists.

And in wheelchair basketball, the Australian team that includes USC graduate Hannah Dodd found the going tough against host nation Japan, which ran out winners 73-47. 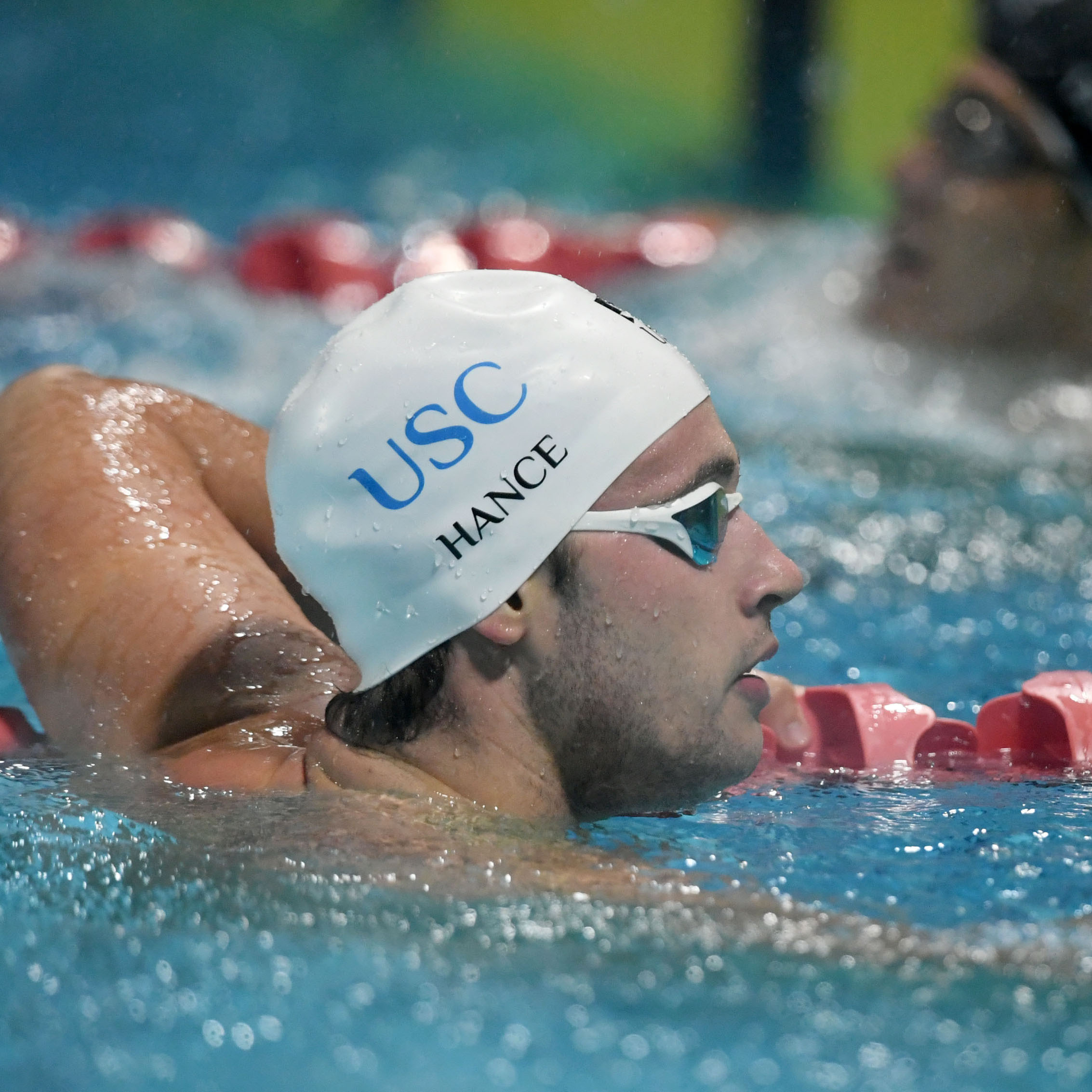