Kareena, 27, completed the race in an impressive time of 1:59:32.5, just two seconds behind gold medallist Ana Marcela Cuncha of Brazil and less than one second behind world record holder Sharon van Rouwendaal of The Netherlands who claimed silver.

She has become the first Australian to win a medal in this event at the Olympics.

Kareena, pictured in an image provided by Swimming Australia, swims with the Noosa Swimming Club and graduated from USC with a Bachelor of Primary Education in 2018.

She was an active member of USC’s High Performance Student Athlete (HPSA) program when she studied at USC, and in February this year was a guest speaker at the HPSA opening celebration to welcome new student athletes to the University.

Kareena qualified for today’s race two years ago with a seventh placing in the 10km event at the 2019 World Championships in South Korea. Her rollercoaster journey to compete at these Olympics is featured on the Swimming Australia website.

Six athletes associated with USC were selected to compete in the Tokyo Games. Results for USC athletes to date are:

Events involving USC athletes in the days ahead: 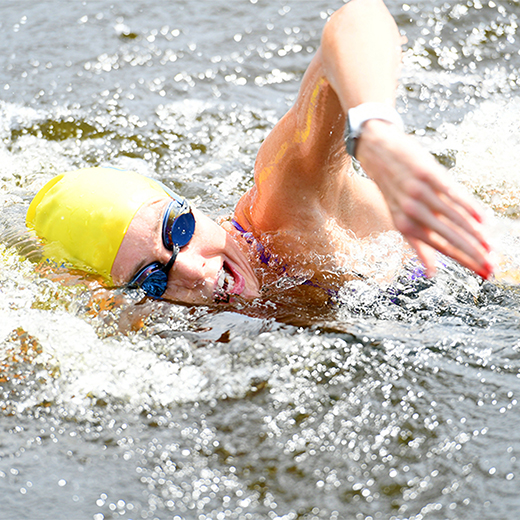