Storm and Hance now have two medals each from the Games after they won bronze in their respective S14 100m butterfly events last Wednesday.

Also in the pool tonight, USC Spartans swimmer Katja Dedekind was unlucky not to claim her third medal in Tokyo when she finished 4th in the S13 50m freestyle.

Meanwhile, the wheelchair rugby carnival is over for Chris Bond in the Australian team, which lost 60-52 to host nation Japan in the bronze medal match this afternoon.

And USC graduate Hannah Dodd’s campaign with the Australian wheelchair basketball team remains without a win, with the team losing tonight to Canada in the last preliminary round.

On Saturday, USC-based Pro Racing Sunshine Coast cyclist Alistair Donohoe was part of the Australian team that finished last in the team sprint qualifying at the Izu Velodrome.

But Donohoe, 26, is looking forward to competing in the road cycling time trial on Tuesday and the road race on Friday – events for which he is the current world champion.

There are 10 USC-affiliated athletes competing in the Paralympics. Results so far include: 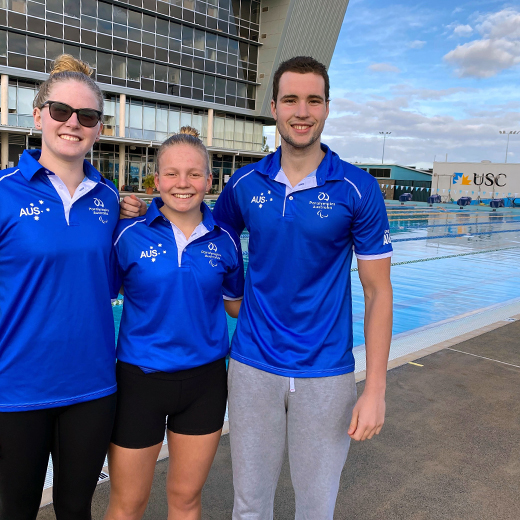