USC’s athletes have certainly shone at the Olympic Games in Tokyo.

With Australia celebrating its highest-ever Olympic medal haul of 42 medals (17 gold, 6 silver and 19 bronze) by this afternoon, USC-affiliated athletes can lay claim to one in every seven of them.

USC Spartans swimmer Kaylee McKeown was a standout, snaring two personal gold medals along with a gold and a bronze in relay events.

Her gold in the 100m backstroke last Tuesday in an Olympic record time of 57.47 seconds showed the world her calibre. She backed this up by winning gold in the 200m backstroke event several days later in a time of 2:04.68.

Kaylee’s bronze medal came from a new Olympic event, the mixed 4x100m medley relay held last Saturday, in which she swam the backstroke leg in 58.14 seconds.

She was then part of the Australian women’s 4x100m medley relay team that set a new Olympic record of 3:51.60 and pipped the United States by just 0.13 of a second to win gold.

Leah, who trained with the USC Spartans while studying Sport and Exercise Science, swam the anchor leg of the 4x200m freestyle relay. Despite breaking the world and Olympic records in this race, the Australian team finished third behind China and the United States.

Kareena, who graduated with a Bachelor of Primary Education in 2018, finished third in the 10km marathon swim race in 1:59:32.5 – just two seconds behind the winner – becoming the first Australian to win an Olympic medal in marathon swimming.

The Games also provided other exciting and memorable moments for USC, including: 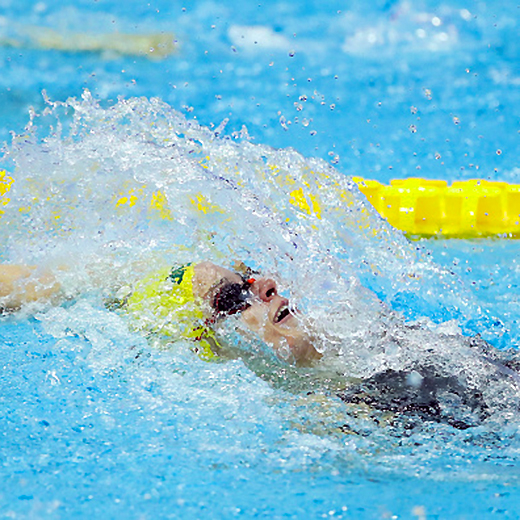