Hayden, who grew up at Petrie and went to school at St Joseph’s Nudgee College, is a member of the Australian Dolphins Swim Team and has won multiple open and age Australian Open Water Championship titles.

Hayden has also won several surf lifesaving titles. At the Australian Surf Life Saving Championships in April, he took out the 2km ocean swim and the male surf belt race and, at 20, was the youngest male in the Open Ironman event.

And he was selected last weekend to compete in the elite Nutri-Grain Ironman series, which will be contested over six rounds throughout January and February.

Hayden, who is a member of USC’s High Performance Student Athlete (HPSA) program, was awarded one of 10 Tier 2 Scholarships in the 2022 Sport Australia Hall of Fame Scholarship and Mentoring Program.

This will provide encouragement for 12-14 months and $5,000, which will help buy equipment such as open water swimsuits, and skis and boards for lifesaving events.

Hayden is about halfway through a combined Bachelor of Business/Bachelor of Commerce (Accounting) degree at USC and is studying part-time to accommodate his training and competition schedule.

“It’s not going too bad,” he said. “I can do most of my subjects online, which makes studying a bit easier.”

Hayden said the knowledge he is gaining from his degree will come in handy running his business, Cotter’s Cleaning, which he hopes to one day turn into a franchise.

His main sporting goals for 2022 are to qualify for the Nutri-Grain Ironman Series and make the Australian team for open water swimming at the FINA World Championships.

“This is well-deserved recognition for such a hard-working swimmer,” Professor Burkett said. “Hayden’s involvement in our HPSA program is a great example of how our student athletes can concentrate on their sporting goals and, at the same time, work towards achieving their academic goals.” 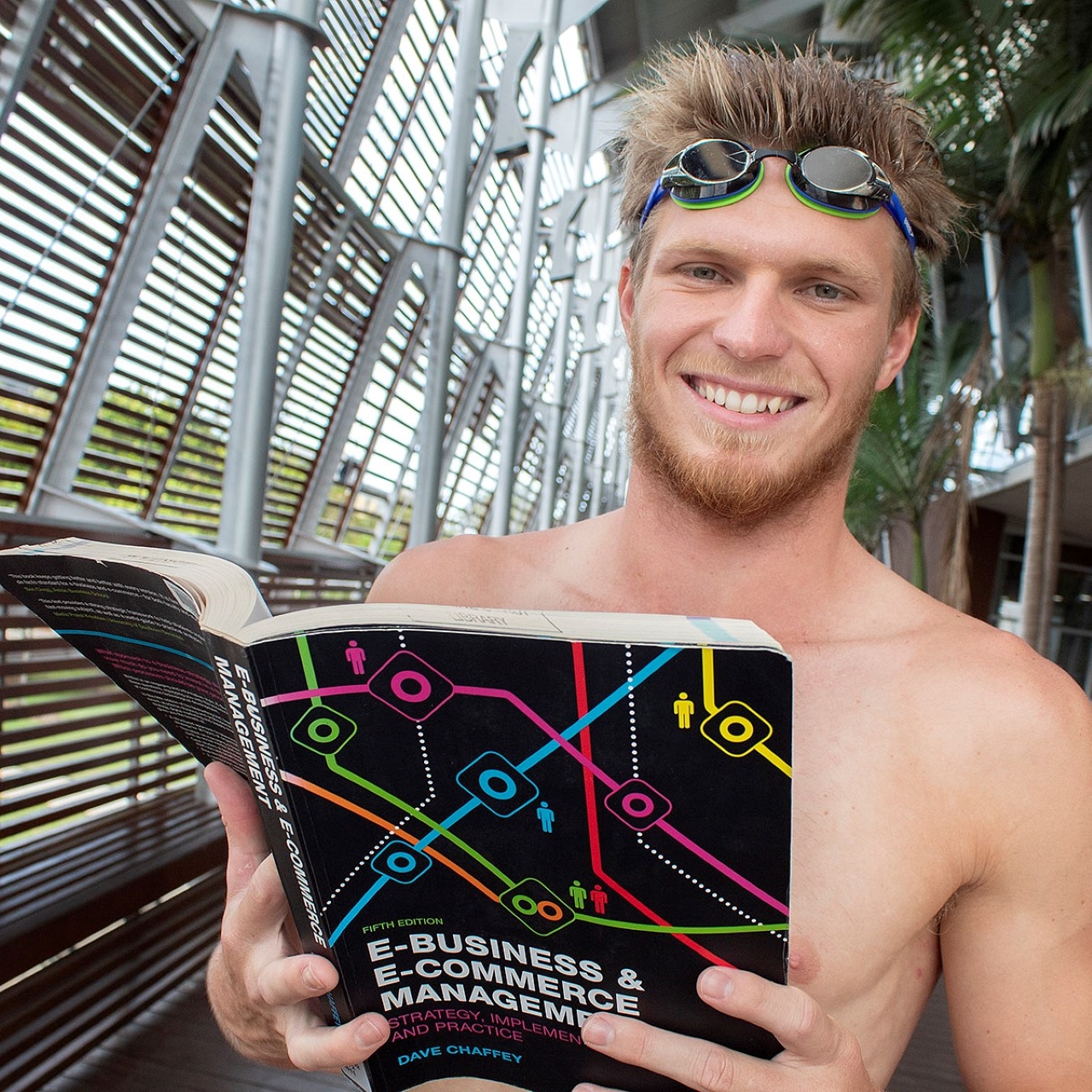