USC Lecturer in Design Dr Leah Barclay and Lecturer in Photography Dr Tricia King teamed with Kabi Kabi/Gubbi Gubbi artist Lyndon Davis to produce Listening in the Wild – a series of immersive soundscapes that was commissioned for the region’s annual Horizon Festival.

It won the Award for Excellence in Experimental Music, the highest accolade for experimental music in Australia, at the awards event organised by the Australasian Performing Right Association (APRA) and the Australian Music Centre.

Listening in the Wild combined sounds captured by Dr Barclay in Eudlo Creek National Park, on a trip along the Maroochy River and during a voyage from Mooloolaba to Old Woman Island, with Lyndon’s storytelling and Dr King’s photographs.

The judges described it as an “exquisite display of site-specific sound art for climate action rendered in the moment so professionally”.

Dr Barclay said their aim was to connect local communities to local environments in a unique way.

“This is part of ongoing research that explores the value of creative practice and new technologies in responding to ecological crisis and promotes the value of listening to the environment,” she said.

Dr Barclay, a composer and sound designer, said the win was unexpected despite her having been nominated for the Art Music Awards before. But it was more of a surprise for the group’s photographer.

“It’s definitely a shock for her getting a music award,” she said.

The project was a catalyst for the creative team to develop a new collaboration called Beeyali, which recently received a commission from the Australian Network for Art and Technology to support Lyndon's residency at USC’s new Maker Space to create the work.

Beeyali is a Kabi Kabi word meaning ‘to call’, and this project will visualise the calls of wildlife on Kabi Kabi country using cymatics (the science of visualising acoustic energy or sound).

“It is the first of its kind in Queensland, one of only three in Australia, and has MIT Fab Lab accreditation that connects USC to a global network of creative researchers who are solving problems with new technologies,” she said. 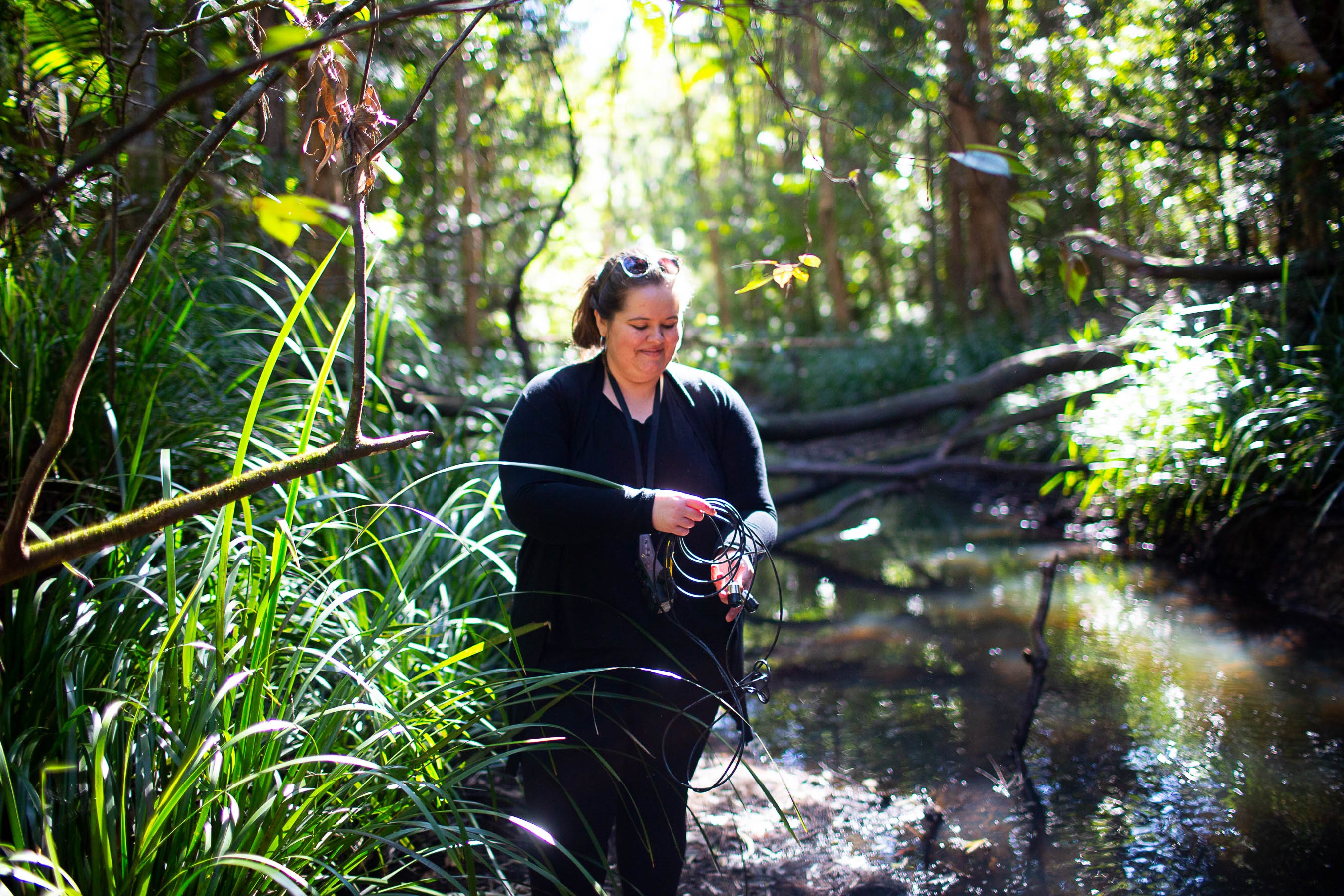