Movie audiences are often exposed to the deeper aspects of the modern legal system as they enjoy fantastic tales about superheroes and arch-villains, says University of the Sunshine Coast Senior Lecturer in Law Dr Timothy Peters.

Dr Peters explores the relationship between speculative fiction and the law in his new book A Theological Jurisprudence of Speculative Cinema: Superheroes, Science Fictions and Fantasies of Modern Law, published by Edinburgh University Press.

The book was launched at a recent Law, Literature and Humanities Assocition of Australasia conference hosted by USC that had the theme ‘Law and Love (in and beyond Pandemic Times): Images and Narratives, Histories and Cultures’.

“Watching and engaging with films and with speculative fiction is not simply a way to understand or explain the law, it’s the way we actually already do understand law,” he said.

“The representations of law and our understanding of law functions through these cultural texts as much as it does through formal institutions.

“Law isn’t just what’s sitting in a piece of legislation, or in a case or a legal treatise. It is something we engage in every day and is influenced by our cultural images and perspectives on legality.”

The book also explores key themes of theology including the nature of evil, myth and mysticism, atonement, sacrifice, compassionate acts, visions of the divine and charity as gift.

“These films include scenes that are both legal and theological” Dr Peters said. “Superheroes, for example, are often presented in Christological terms making a great sacrifice, giving up his life to save the city, country, nation, galaxy or universe.

“You have those themes of sacrifice, of battles of good and evil that the average viewer would see.”

Dr Peters said his book unpacked the heritage of those ideas – their origins and significance and their continuing impact on our modern understanding of law.

He said the use of speculative cinema does not necessary provide all the answers to understanding law, but opens up key questions in new ways.

“At times the films are presenting what can be called the exceptional aspects of law – its violence, its legitimising of extreme measures and its punishment of the individual,” he said.

“But the argument of the book is that there is another message in there as well which is ‘how do we live together in community?'." 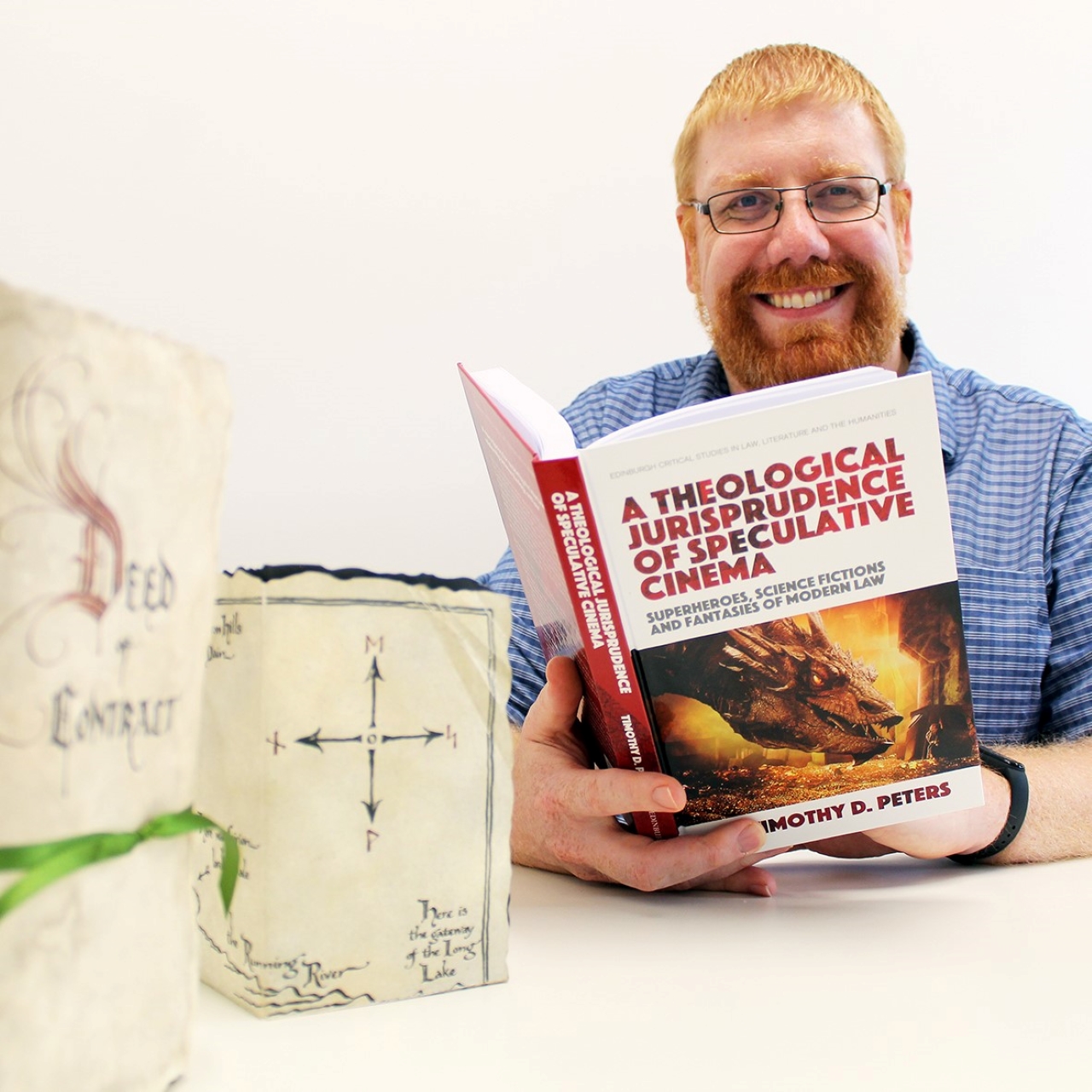