On Sunday 9 May, Dr McGowan will discuss a book he has co-authored with Dr Fiona Crawford about the history of women’s football in Australia called Never Say Die: The Hundred-Year Overnight Success of Australian Women’s Football.

He and Dr Crawford will present alongside top Australian soccer coach Rae Dower at the Brisbane Writers Festival session from 10-11am.

The USC academic said the book was an inspirational story of the past, present and future of Australian women’s football – its players, fans, and the game they love.

“Australian women’s football rides high on the sporting landscape now, but this book shows that success has been 100 years in the making,” he said.

“It shares stories of triumph in the face of overwhelming odds, and tales of heartbreak and obstacles that seem insurmountable. But it is also about community, endurance and collective success.”

Australian soccer luminary Craig Foster is quoted on the cover of the book as saying: “Never Say Die is the book the women's game has been waiting for. Crawford and McGowan bring stories from across a century of football into one place to highlight a rich, remarkable, previously uncaptured history.” 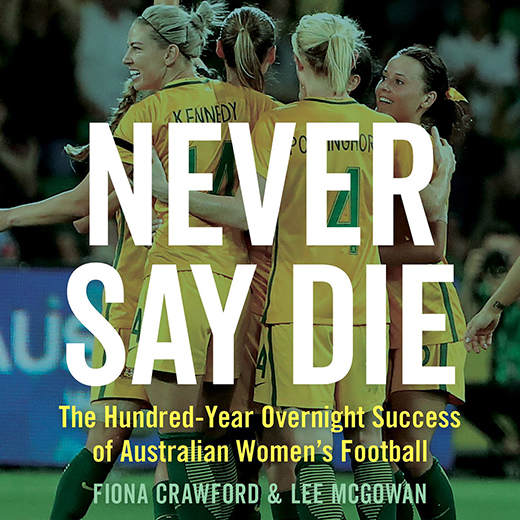