A stunning exhibition of art by Aboriginal and Torres Strait Islander people from many Indigenous nations celebrating the concept of ‘country’ will be officially opened at the USC Art Gallery at 3pm on Saturday 22 May.

The exhibition, called Country In Mind, has been curated by Christopher Bassi – an artist of Meriam (Torres Strait), Yupangathi (Cape York) and British descent – and features works that are primarily from the USC Art Collection.

Mr Bassi said the exhibition included art from the Central Desert, the Kimberley, Arnhem Land and the Gulf country and showcased the many ways Aboriginal and Torres Strait Islander artists make works of and about country.

“For First Nations people the term ‘country’ is used as an expression of the relationship between an individual and their ancestral lands and seas,” he said.

“Connection to country is inherent: we are born to it, it is how we identify ourselves, it is our family, our laws, our inheritance, and our legacy.

“The artists in this exhibition represent the land as the link between spirituality, culture, language, family, law and identity. In their work, country is the centre of an ontological compass from which knowledge systems evolve but stay inextricably tied to place.

“Representation of country is full of associative information connecting the past, present and future, which always begins with country in mind.”

“Connecting Stories is an initiative of Creative Arts Alliance, as part of the Regional Arts Services Network, and is presented in partnership with Blaklash Creative and the SEQN Regional Gallery Network,” she said.

The Country In Mind exhibition will be on show at USC from 17 May until 31 July. 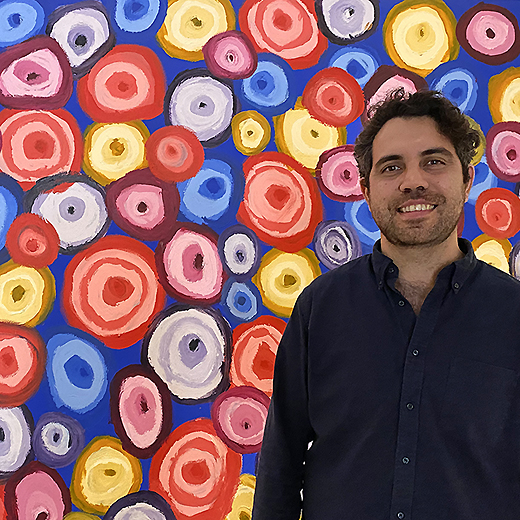 How does the traditional Aboriginal art of the Sunshine Coast differ from that of other regions of Australia Acclaimed Coast artist Lyndon Davis, a direct descendant of the local Kabi Kabi people, offers his interpretations at the UniSC Art Gallery during NAIDOC Week this week.