Her achievements were celebrated at a Sunshine Coast Sports Federation ceremony that was held last night at USC Stadium. The event was attended by about 150 people including many Hall of Fame members and current sporting champions.

Kenny, 34, who developed her hockey skills as a junior on the Sunshine Coast, had a stellar international career from 2011 to 2020.

She scored a total of 111 goals in 235 matches for the Hockeyroos, was the team’s top goal scorer for 2014 and 2015, and is ranked as the team’s second-highest scorer ever.

Kenny represented Australia at two Olympic Games – London in 2012 and Rio in 2016 – where the Hockeyroos finished fifth and sixth respectively.

At the Commonwealth Games, she and her teammates won gold in Glasgow in 2014 and silver on the Gold Coast in 2018.

Among her many accolades was being named the Hockeyroos’ World Cup Player of the Year in 2014 and becoming a co-captain of the team in 2019 until her retirement in 2020.

At state level, Kenny represented the Queensland Scorchers and the Brisbane Blaze for 10 seasons, winning four national titles and being named Hockey Queensland’s Female Player of the Year five times.

The Hall of Fame ceremony also included the presentation of Certificate of Merit awards to Greg Furner from the Noosa District Rugby League Club and Charles Hacker of the Lake Cootharaba Sailing Club in recognition of their contributions to the success of their sports on the Sunshine Coast. 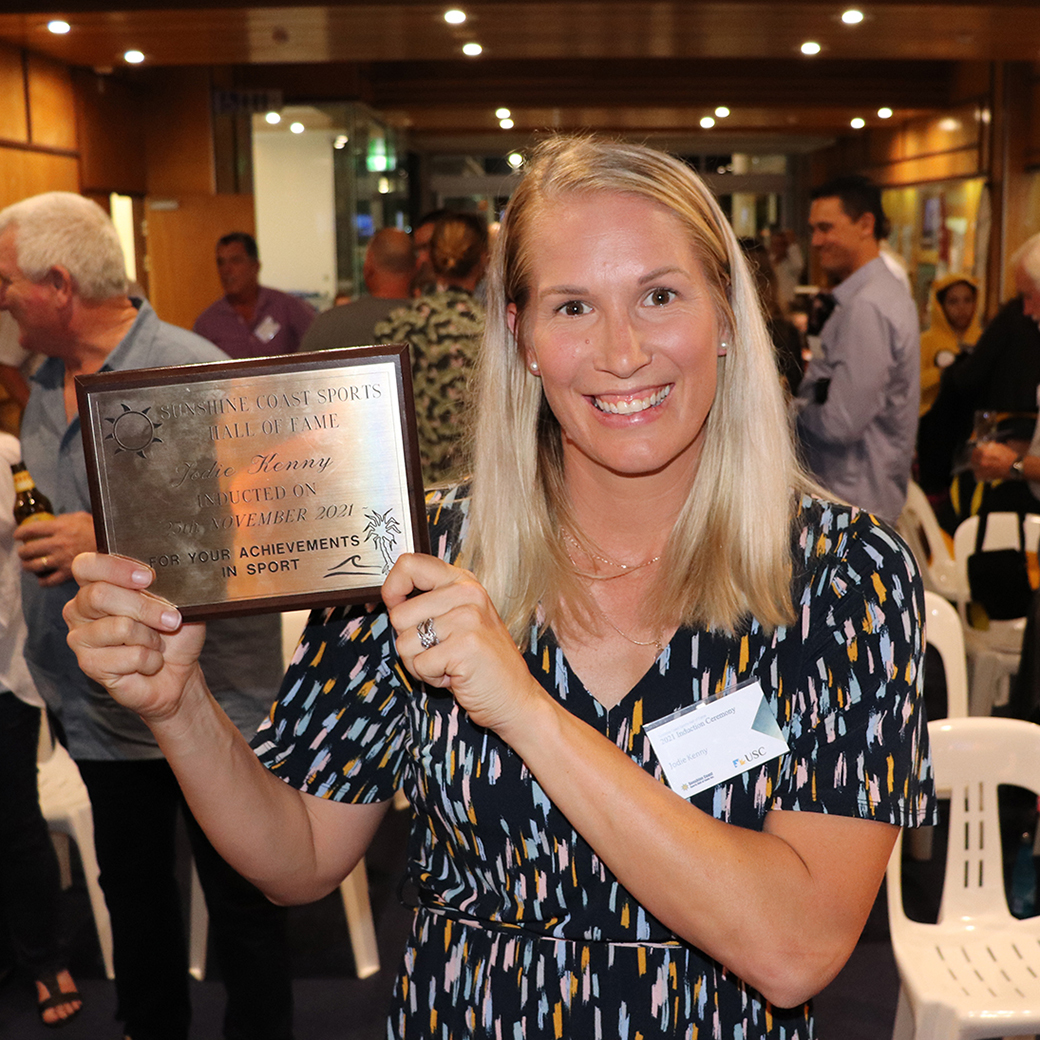