While vaccination queues have become commonplace across Australia, the sight of hundreds of koalas lining up for a life-saving jab over coming months is still expected to turn some heads.

USC is leading a Phase 3 rollout of a koala chlamydia vaccine that has been developed collaboratively over many years with many partners, including the Australia Zoo Wildlife Hospital where the vaccine will be trialled in about 400 koalas from today (15 October).

USC Professor of Microbiology Peter Timms said the vaccine could play a significant role in the longer-term survival of koalas, especially in South East Queensland and NSW where chlamydia affects 50 percent or more of the koala population.

“The vaccine has now passed Phase 1 and Phase 2 testing that has established that it is completely safe and produces a good immune response and a good level of protection,” he said.

“The vaccine has been evaluated in more than 200 koalas in eight smaller trials so far, both in captive and wild koalas entering wildlife hospitals and in koala populations in the wild.

“We are now at the exciting stage of being ready to roll out the vaccine as part of large Phase 3 trials.”

Professor Timms said as well as the initial rollout trial at Australia Zoo Wildlife Hospital, other trials were planned soon for Moggill Koala Rehabilitation Centre, RSPCA Wildlife Hospital and in several wild populations, including in the Moreton Bay region.

He said hundreds of koalas admitted to the Australia Zoo Wildlife Hospital would receive the single dose vaccine via an injection after they have undergone routine hospital care and just prior to their release back into the wild.

“While this vaccination will directly benefit each of the animals, the trial will also have a focus on the protection provided by vaccination,” he said. “All koalas will be microchipped and the hospital will record any animals that return for any reason over the following 12 months.”

“It is a cruel disease that causes debilitating conjunctivitis, bladder infections and at times, infertility,” said Dr Gillett, who has been involved in the vaccine project since its beginning.

“Although many koalas with chlamydia can be treated using traditional antibiotics, some animals cannot be saved due to the severity of their infection. Having a vaccine that can help prevent both infection and the severity of the disease is a critical element in the species’ conservation management.”

Queensland Environment Minister Meaghan Scanlon said the State Government had provided close to $100,000 for USC’s vaccine development and she welcomed this milestone in helping one of Australia’s much-loved species face one of its biggest challenges.

“This type of work is exactly why the Palaszczuk Government is investing $7.5 million over the next five years across our South East Queensland wildlife hospitals – including an increased $1 million this year for the Australia Zoo Wildlife Hospital,” Minister Scanlon said.

“The koala is one of the great natural icons of Queensland. And to be able to make such huge strides in the vaccine rollout is testament to Queensland’s scientific excellence.”

Professor Timms said in parallel to the rollout trials, the vaccine was progressing through government registration with the Australian Pesticides and Veterinary Medicines Authority, a process he described as detailed, highly regulated, long and expensive.

“We are already well advanced with this stage, including a pre-application with the APVMA, conversion of the research vaccine into a highly quality-controlled version and partnering with a vaccine manufacturer,” he said.

Project collaborators and partners have so far included three levels of government: the State governments of Queensland and NSW; the Federal Government; and the local governments of Moreton Bay, Gold Coast and Redland.

And support has been received from individuals and donors (including the Sandy Michell Legacy Fund), many community and carer groups (including Friends of Koalas at Lismore, Koala Action Inc, and the Noosa Biosphere), and overseas partners (Vaccine and Infectious Disease Organization in Canada).

Donations to USC’s koala chlamydia vaccine research can be made via the University's Development Office. 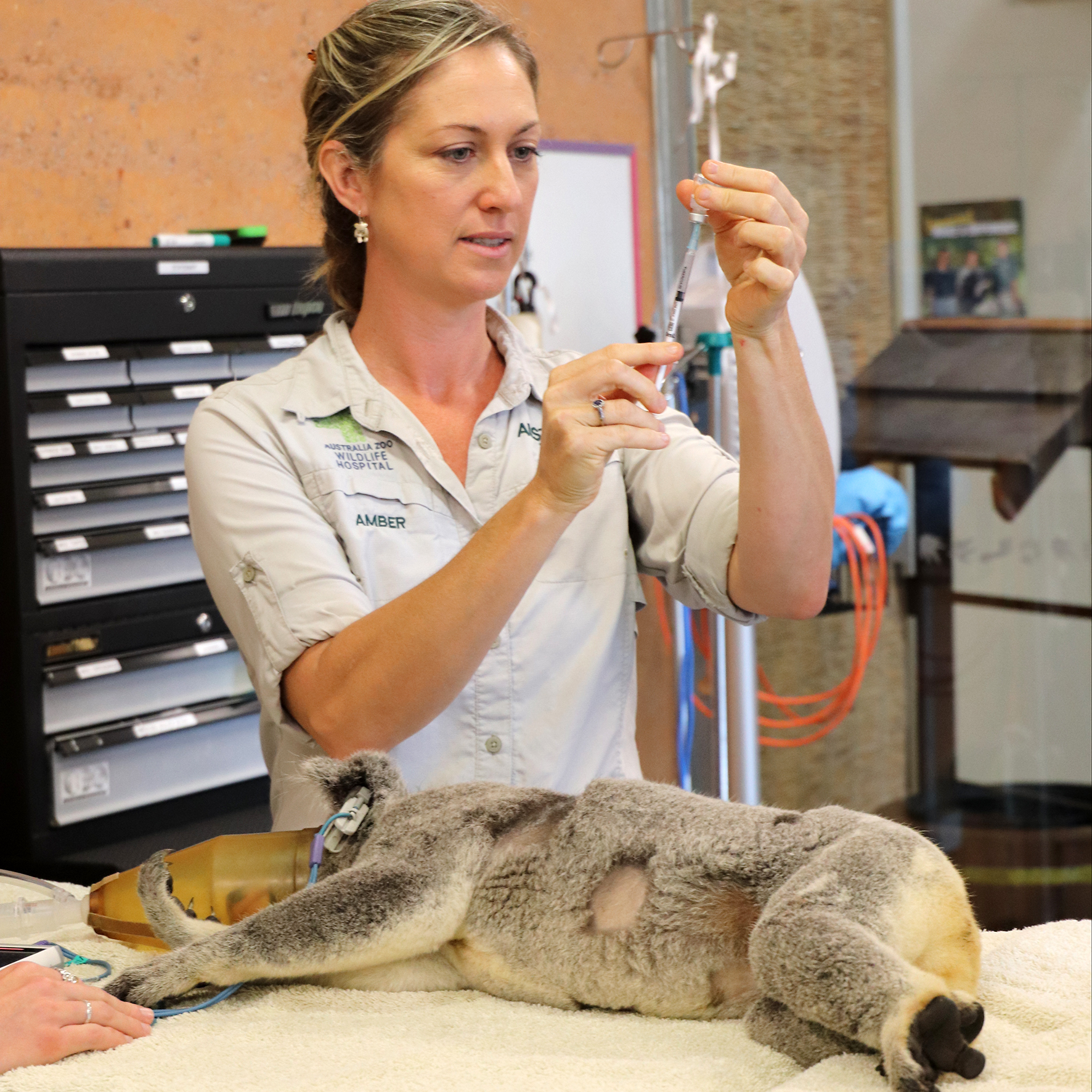