A small group of feathered masterminds foiled a project trialling a novel harness design, which allowed GPS tracking devices to be strapped to the backs of magpies (Gymnorhina tibicen), by helping each other quickly remove the devices.

USC PhD student Joel Crampton and Senior Lecturer in Animal Ecology Dr Dominique Potvin discuss their observations of the magpie’s behaviour in a scientific paper released recently in Australian Field Ornithology and in an article published today in The Conversation.

Dr Potvin said the way the magpies teamed up to escape from the harnesses was unexpected.

“This shows high levels of cognitive ability and also cooperation – helping others seemingly without getting a reward,” she said.

“This kind of ‘rescue’ behaviour has only been documented in a handful of birds and is a remarkable indication of tight social structures and relationships.”

Mr Crampton, who helped conduct the study as part of his honours research, said that despite previous tests demonstrating the strength and durability of the harness, the birds managed to remove the devices within minutes to hours of the initial fitting.

“To our knowledge, this is the first study to report the removal of GPS trackers within members of the same species and should be considered when planning future tracking studies especially on highly social species, such as magpies,” he said.

The pilot study involved five birds and got off to a good start, with the researchers initially hopeful it could be replicated on a larger scale.

“We first trained the magpies to come to the feeding station, then caught them and put them in the special harnesses containing the GPS tracking devices,” Dr Potvin said.

The idea was for the harnessed birds to later return to the feeding station, where a magnet would release the GPS device without the need to catch them again.

“Of course, every time you put a tracker on a bird, it takes a bit of getting used to, so the magpies were adjusting and turning their heads to try to grab it,” Dr Potvin said.

“But the harness isn’t accessible by the birds. Well, by themselves. We didn’t count on them asking for help from each other.”

Within the hour of the last tracker being placed on a bird, the researchers witnessed an adult female pecking at the harness of a juvenile, eventually managing to release it.

“This is quite a feat, because there is only one weak point on the harness, which is where it would have been released by the magnet,” Dr Potvin said.

A few days later, none of the five birds, even the dominant male, still had their harness on.

The researchers said the behaviour demonstrated both cooperation and a moderate level of problem solving, providing potential further evidence of the cognitive abilities of this species. 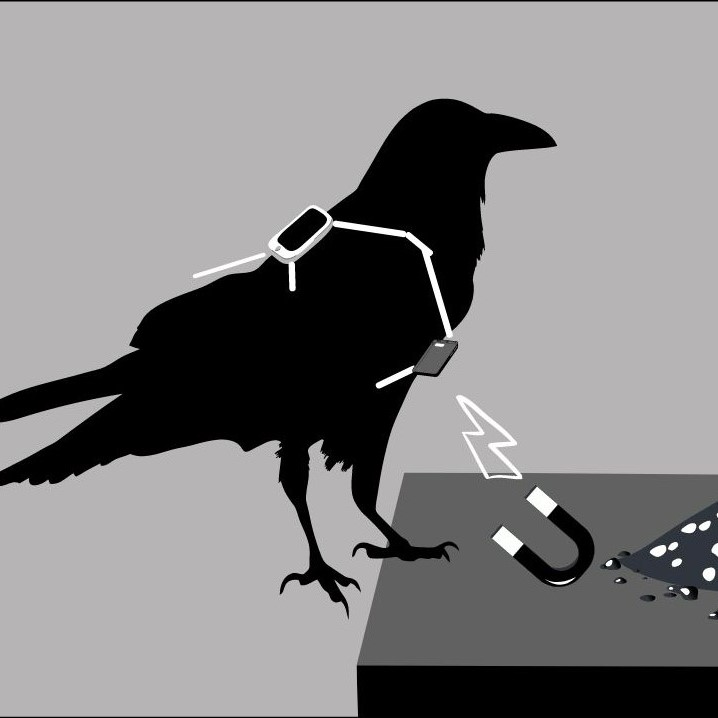