Are your squabbling kids driving you mad? Sibling rivalry is ‘developmentally normal' | UniSC | University of the Sunshine Coast, Queensland, Australia

As any parent will tell you, a common feature of the school holidays is an increase in squabbling kids. Whether in the back of the car, at the park or by the TV, you will hear the whingey sounds of “Muuuum, Ollie just called me a stupid head!”.

It is a popular idea that if you have multiple children they will have a playmate and life is easier for everyone in the family.

But this is not what the research says. While it is true the sibling relationship is often the longest most people will have, having another child increases time-pressures and stress for parents.

And of course a new child introduces a new challenge – sibling rivalry.

From an evolutionary point of view, sibling rivalry is about competition for resources. Think of baby birds in a nest, squawking the loudest to receive their food. They can even kick competitor chicks to their death to increase their share of the bounty.

Human sibling rivalry can also turn very nasty in extreme cases (you can read more about the severe end of the sibling bullying spectrum here). But in an everyday sense, bickering among siblings is a developmentally normal expectation. This allows children to work out differences among themselves, develop skills in negotiation, conflict resolution and emotional regulation.

When you look at it this way, squabbling can even be seen as a positive. Even if parents would prefer it didn’t happen under their roof so often.

The good news is you can help your children work through conflicts, and in doing so, increase their empathy. If school holiday or routine squabbling is stressing out your household, here are a few things to consider:

Are you playing favourites?

Children will quickly pick up on any indication you may be playing favourites and may act out negatively to get your attention back to them.

Be honest with yourself – are you paying more attention to one child because they are more similar to you, or share your interests? If that’s the case, make an extra effort to be involved with all of your children equally.

Kids need to do some growing up

For example, a two-year-old can be quite narcissistic and may even hit, bite and scratch to get their way. Explaining firmly they are not allowed to do that to other people, and introducing the idea that their behaviour hurts others can help build empathy.

Children also take until they are about four to develop a “Theory of Mind” or the capacity to understand issues from another’s perspective. So, it is important to take time to explain why their sibling is upset with them and ways in which they could resolve this conflict.

Is there a big age gap?

If your children have a larger age gap, consider just how different their interests and developmental capacity truly might be.

Asking a teenage child to “hang out” (or in reality, babysit) a younger sibling and thinking this will foster a friendship between them may be unfair and lead to tensions.

You also need to explain to younger children why a teenage sibling is allowed to do x, y and z but they can’t (or else this will seem unfair and possibly lead to resentment).

Are the siblings very different?

Also consider that people can be genuinely differ in terms of personality or temperament. For some siblings, trying to live with someone who is so fundamentally different to them (and they would never willingly choose as a friend) is a real challenge.

Occasionally a highly introverted family finds themselves with a tap-dancing, attention-seeking extrovert, whom they find reckless and exhausting. Similarly, a rowdy hyperactive mob gets thrown a nerdy introvert who they find boring and weird.

Sometimes you just need to accept that your kids aren’t going to grow up to be best buddies, they are too different, and that’s OK.

When kids are thrown together for longer periods than usual, have a plan.

Try to arrange activities that are fun for the whole family, as well as some things they can do on their own if they need a break from one another. This may include arts or craft, gardening, practising sports skills, or visiting friends and family.

When conflicts arise, you really can help children by supporting them to express themselves and say why they’re upset, then have a balanced discussion about what might be a reasonable solution.

Discuss why conflict might be occurring - perhaps they have differences in temperament, interests and age-related abilities. This will really help kids of all ages build social understanding.

If you’re dealing with highly emotional or aggressive behaviour, resist the urge to launch into a big negotiation straight away. Keep kids separate for a bit and engaged in a calming activity such as reading, Lego or outdoor play.

Once the dust has settled, then you can come back and talk about it calmly.

Sibling rivalry and squabbling are common. But they can be made worse by parents stretching themselves too thin, not paying attention to their kids, or playing favourites.

Similarly, rivalries can be inflamed by genuine incompatibilities between children and developmental differences.

Try to remember this is your kids’ first go of figuring out how to get along with others. Squabbling is annoying but it is also an opportunity to teach them empathy and social skills that will benefit them outside the family as well as within. 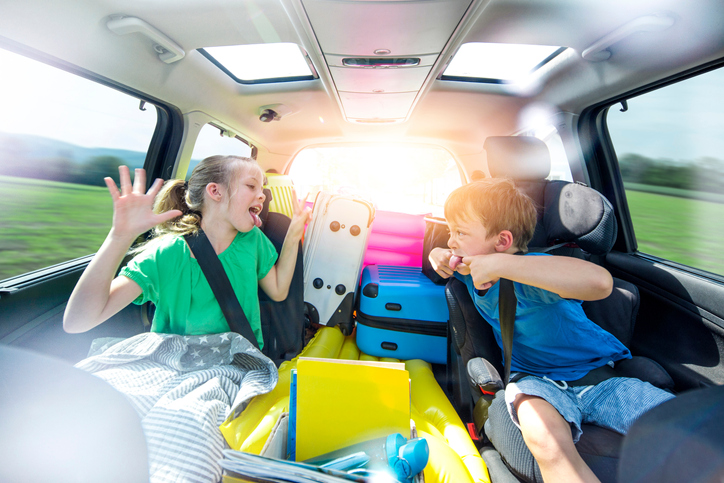 A new book - titled Poo, Spew and other Gross Things Animals Do – is aimed at kids, but much of it will be news to adults, too.