From its early days, Neighbours reinforced stereotypes of white Australian heteronormative suburbia. But it also evolved to push boundaries around representations of gender, sexuality and feminism.

As we farewell the residents of Ramsay Street, we are also saying goodbye to 37 years of a popular culture juggernaut and how it mirrored – or didn’t – social change since the mid-1980s.

Soap operas like Neighbours can be an important route for feminist ideas. Popular culture is a critical vector for challenging dominant understandings around gender and sexuality.

Was Neighbours a feminist triumph or a lucky dip grab bag of progressive concepts and representation? To assess its feminist success is to reckon with how gender and sexuality have been depicted over the past four decades, and how this was received by audiences.

Before Charlene, Madge and Izzy, there was Bea Smith on Prisoner (1979-86), Sister Scott on The Young Doctors (1976–83) and Pat the Rat on Sons and Daughters (1982-87). Characters like these were both archetypes and boundary pushers, with these inherent tensions contributing to their enduring popularity with fans.

When Neighbours started in 1985, Julie Robinson (Vikki Blanche) was a bank teller. Helen Daniels (Anne Haddy) was the wise matriarch. And Daphne Lawrence (Elaine Smith) was working unashamedly as a stripper before being “tamed”, experiencing ostensible upward social mobility navigating a career change to café owner.

During Neighbours’ peak in the later 80s, Mrs Mangel (Vivean Gray) was an older woman and busy body around Ramsay Street. Her status of ultimate disruptor is one shared with many feminists accused of being “out of turn” – to the point Gray left the show in 1988 due to the abuse she copped in public.

Charlene Mitchell (Kylie Minogue) was the mechanic defying gendered career expectations with the “girls can do anything” attitude.

Yet, anxiety over portraying teenage sex on primetime television was resolved through marrying her off to Scott Robinson (Jason Donovan) at age 17.

Women like Daphne, Mrs Mangel and Charlene might have been challenging stereotypes, but they would eventually submit to palatable norms.

By the turn of the century, more explicit references to feminism were made, and the women became increasingly complex.

Flick Scully (Holly Valance) was a dedicated teen feminist, passionate about social justice – yet her storylines focused more on her romantic entanglements.

From the 2010s, the women of Neighbours began holding their own in the corporate world. Therese Willis (Rebekah Elmaloglou), the most prominent, juggled a tempestuous relationship with Paul Robinson alongside running the Lassiters hotel.

They were soon joined at the altar by Sky Mangel (Stephanie McIntosh) and Lana Crawford (Bridget Neval), who had shared the first lesbian kiss on Neighbours back in 2004.

While familiar soap opera tropes see most marriages ending in death and divorce, same-sex marriage on Neighbours proved to be more stable and ultimately more traditional.

Since their wedding, David and Aaron have been depicted as the conjugal ideal when compared with the marriages between Neighbours stalwarts: the serial philanderer Karl Kennedy (Alan Fletcher) and his wife Susan (Jackie Woodburne), and three-times married Jarrod “Toadfish” Rebecchi (Ryan Moloney).

Work to be done

The word “feminism” was unlikely to be heard in Neighbours’ early days, but explicit references have been made in more recent times.

By 2017, the series was even making casual references to a popular Australian feminist. When teenager Xanthe Canning (Lilly Van der Meer) was working through a romantic problem she said: “the only thing I can think of is getting in touch with Clementine Ford”.

Right until the end the series was critiqued for lack of representation on screen, and in 2021 there were accusations of racism behind the scenes.

Neighbours was not a feminist triumph on or off screen. But it provided some entry points to feminist thinking and diverse ways of being that may not otherwise be accessible or sought out. And popularity procures broader audiences and hopefully understanding.

Was it enough? No. As the till rings for the last time at Harold’s and the streetlights fade over Ramsay Street, there remains significant work to be done. 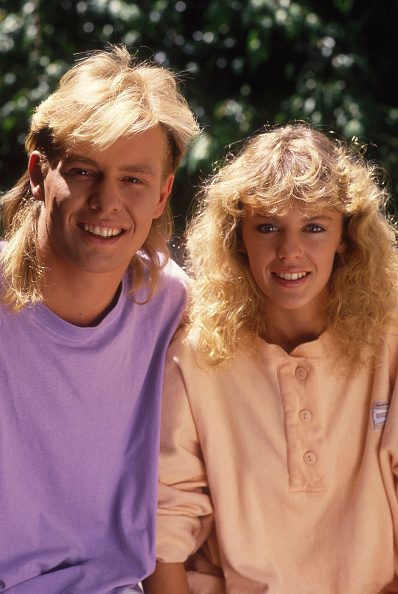