“I’m absolutely blown away by the results to date, and by the enthusiasm of school students and teachers to engage in insect research,” said insect ecology researcher Dr Andy Howe of the University of the Sunshine Coast’s Forest Research Institute.

Seventeen Queensland schools (listed below) are among 50 schools involved in the ongoing citizen science project, led by the South Australian Museum.

Only about 30 percent of the estimated 225,000 insect species in Australia are formally named and described.

Thousands of new insects have now been successfully recorded in the project, which connects regional and remote school students with researchers to learn about Australia’s rich biodiversity.

Beerwah State High School was among those that set a Malaise trap on their grounds in March to collect and monitor local insects over a four-week period. It was one of many that Dr Howe has visited across the state to provide updates on insect species through the taxonomic process.

“It makes so much sense to engage our schools in research on insect taxonomy; schools are located throughout many environment types, which means they can collect a huge diversity of insects, simultaneously,” Dr Howe said.

“We can then use the data to not only name undescribed species, but importantly contribute to distribution maps of thousands of insects and spiders, which contributes to managing the environment sustainably.”

Overarching project leader Dr Erinn Fagan-Jeffries said more than 14,000 insect specimens were selected to be DNA barcoded by the Centre for Biodiversity Genomics at The University of Guelph in Canada.

Dr Fagan-Jeffries said DNA barcoding involved sequencing a small section of the genome and using the variation among these barcodes to discriminate species.

“While the gold standard is always going to be identifying and describing insects using DNA data in combination with their physical characteristics, the DNA barcodes provide a fast and cost-effective way of shining a light on the remarkable diversity of insects in Australia that we know so little about,” she said.

Through Insect Investigators, participating schools have added more than 12,500 new DNA barcodes to the international online repository, the Barcode of Life Database.

The variation among these barcodes suggests that there are more than 5,000 different species present among the specimens, and just over 3,000 of those are brand new records on the database.

Each of these DNA barcodes relates back to an individual insect specimen that will be deposited in the entomology collections at the South Australian Museum, Queensland Museum and the Western Australian Museum.

Taxonomists from around Australia will then be able to examine and determine if they represent undescribed species.

“It is highly likely that all contributing schools have found species new to Western science which is really exciting, but how many of these species we are actually able to describe is dependent on the resources and support available for taxonomy,” said Dr Fagan-Jeffries.

“Despite there currently being many more insect groups than taxonomists, we are hopeful that the taxonomists will be able to spot some new species that can be described, and in those cases, the students will then be invited to name the unique species that they have discovered.”

Dr Howe, whose PhD in 2016 examined an exotic ladybird in Denmark, said students enjoyed the information in his talks, designed to be entertaining as well as inspiring.

He said increasing Australia’s knowledge of its insect species could have benefits ranging from better management of the environment and effects of climate change and natural disasters to controlling pests and developing new medicines.

The DNA barcoding results will be released on the website https://insectinvestigators.com.au.

Insect Investigators received grant funding from the Australian Government, is led by the South Australian Museum, and involves 17 partner organisations. 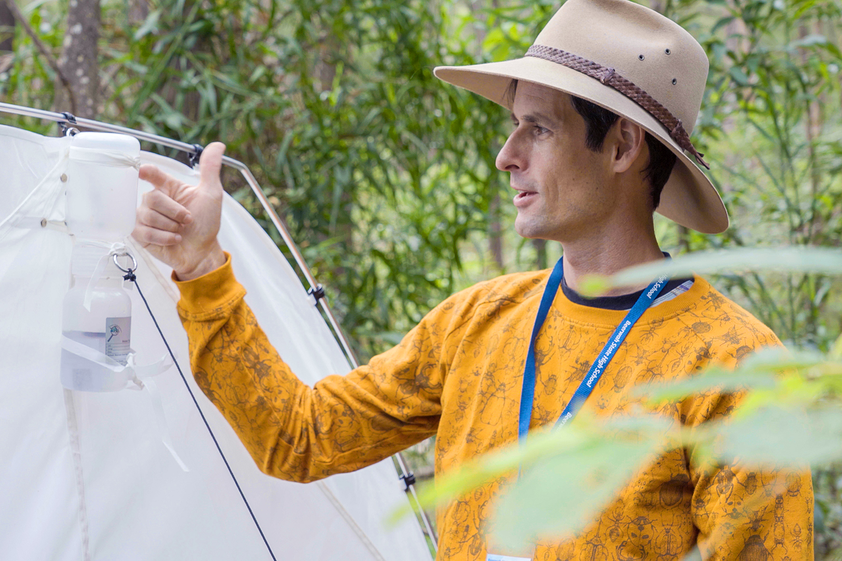