A battle is brewing in South-East Queensland over water. Despite heavy rains and flooding, the water supply authority, Seqwater, has flagged the need to find more water sources to keep up with urban growth.

Premier Annastacia Palaszczuk has already expressed a preference for building a desalination plant on the Sunshine Coast instead of using recycled water. Perhaps her government wants to avoid a repeat of the divisive 2006 debate over water recycling in Toowoomba – dubbed “Poowoomba” at the time.

Our new book, Cities in a Sunburnt Country, traces the fraught history with recycled water in Australia’s biggest cities. A focus on expanding capacity to extract or produce more potable water has dominated urban water policy in Australia. City residents have come to expect abundant water from sources they perceive as “pure”: dams, aquifers and desalination.

Continuing down this path is not sustainable. Yet once again a state government looks set to pursue the costly, energy-intensive desalination option.

A history of being diverted by desalination

Desalination has been a reassuring project in times of crisis, but has not always proven its value. In response to the impacts on city water supplies of the Millennium Drought (2001–09), desalination plants were built to supply most of the capital cities.

In 2006, Perth residents became the first in Australia to drink desalinated seawater. By 2012, desalination plants had been built to supply Sydney, Melbourne, Adelaide and Brisbane.

A 2005 poll commissioned by “SCUD” (Sydney Community United against Desalination) found 60% of Sydney residents opposed a desalination plant. The following year a parliamentary inquiry concluded such a plant would not be needed if the government pursued water recycling and reuse strategies. The plant was still built.

The Victorian government also faced a backlash when it announced in 2007 a privately financed plant near Wonthaggi on the Bass Coast. Completed in 2012, the plant was mothballed until 2017.

There are better alternatives

In 2011 the Productivity Commission found only some desalination infrastructure was justified. Other projects could have been deferred, made smaller, or replaced by lower-cost sources, including recycled water.

During the Millennium Drought, the Beattie government built the Brisbane Water Grid connecting all major dams in South East Queensland. By 2008, the 600km network of pipelines was connected to the A$2.9 billion Western Corridor Recycled Water Scheme. The state-owned desalination plant at Tugun on the Gold Coast was completed a year later.

Queensland had opted for a desal quick fix. The government went for the high-cost, high-energy and high-emissions road, instead of more sustainable approaches to potable water supplies and climate change. Today, while South-East Queensland’s population and water use continue to grow, the recycled water scheme only provides water for industry.

Recycled water is a well-proven approach

Cities worldwide commonly use recycled wastewater to add to drinking water supplies, including Los Angeles, Singapore and London. Most residents of Australian cities are also drinking some treated wastewater. Hinterland towns discharge treated wastewater into rivers that eventually flow into dams such as Warragamba and Wivenhoe (which supply Sydney and Brisbane respectively).

In 2018, the Productivity Commission’s National Water Reform Report recommended an integrated approach that included reusing urban wastewater and/or stormwater. Implementation has been slow, however. Only one Australian capital has officially overcome the “yuck factor”.

Perth stores treated wastewater in aquifers beneath the suburbs before returning it to the city’s taps. The state-owned Water Corporation’s 50-year plan, Water Forever, includes a 60% increase in wastewater recycling. Even then the state’s main strategy for eliminating the gap between future water demand and supply is desalination, despite strong community support for large-scale recycling.

In Adelaide and Brisbane, wastewater and stormwater are treated and reused only for industry, irrigation and energy production. As the Millennium Drought fades from public memory, state governments have also retreated from attempts to encourage household water tanks.

By 2050 as many as 10 million extra people may live in Australia’s capital cities. All of them will expect a reliable supply of clean water inside and outside their homes.

Our book shows how governments have historically favoured development of new water sources or desalination over recycling or demand management. These approaches do little to help us learn to use water more wisely in our cities and suburbs. Recycled water, education campaigns and demand management must play a greater role in securing future water supplies. 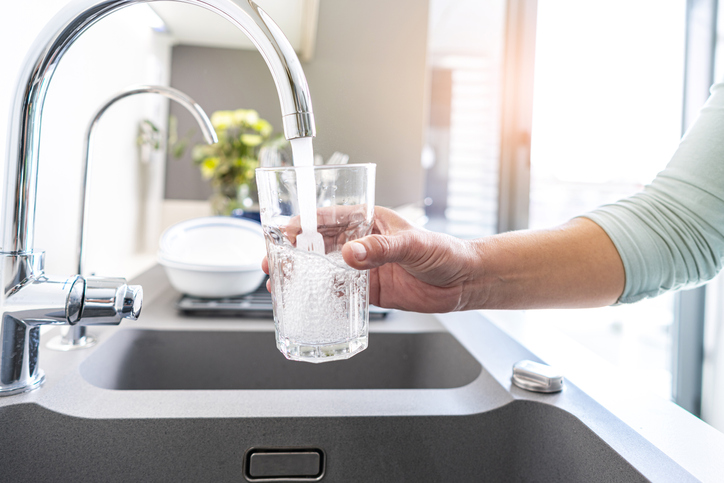