After emerging as Queensland’s top public university for student experience, the University of the Sunshine Coast continues to glow in the latest Good Universities Guide.

The results come on top of a strong rise in employment outcomes in the 2022 Graduate Outcomes Survey, with nearly 90 per cent of respondents reporting employment four months after graduating, and nursing and midwifery graduates reporting $6,300 rise in full-time salary.

University of the Sunshine Coast Vice Chancellor and President Professor Helen Bartlett said she was proud to see such strong results reflecting student participation, support and outcomes after they graduated.

“At all five of our campuses, we make accessibility and opportunity a priority, so we are pleased to see that the support, teaching and learning resources that we offer are being recognised by students as ‘five-star’,” she said.

This includes support programs to ensure equal access to university for people with disabilities, Indigenous Australians, people from non-English speaking or disadvantaged backgrounds, or from rural and isolated areas.

“We know that our new campus at Moreton Bay is raising university participation rates in a region that has not previously had such close access to a university, making it easier for people to become the first in their family to attend university,” Professor Bartlett said.

Many of the ratings in the Good Universities Guide were based on Student Experience Survey data from 2019/20, capturing a period during the pandemic when students were particularly reliant on support and learning resources.

Not reflected in the guide was UniSC’s eight per cent rise in overall employment four months after undergraduate study to 89.6 percent, reflected in the 2022 Graduate Outcomes Survey, which was also released last week.

The rate of full-time employment rose 16 per cent to 75.8% for undergraduate students.

Professor Bartlett said the School of Engineering continued to shine, with 100 percent of respondents in full-time employment.

“Our School of Law and Society had the biggest improvement from 65.3 percent to 87.6 percent, meaning many more graduates are gaining employment,” she said.

“The biggest improvement in median salary came from the School of Midwifery and Nursing, with an increase of $6,300 to $69,200 for undergraduate domestic students in full-time employment four months after study.

Also not included in this year’s guide, were the most recent results from the Student Experience Survey data from 2021/22, with UniSC students reporting some of the country’s highest satisfaction levels – rating it the best public university in Queensland, and among the nation's top two.

“And though these results are not reflected in this year’s guide due to timing, we can clearly see that not only did we maintain our metrics that gained us five stars last year, but we continue to improve on them.” 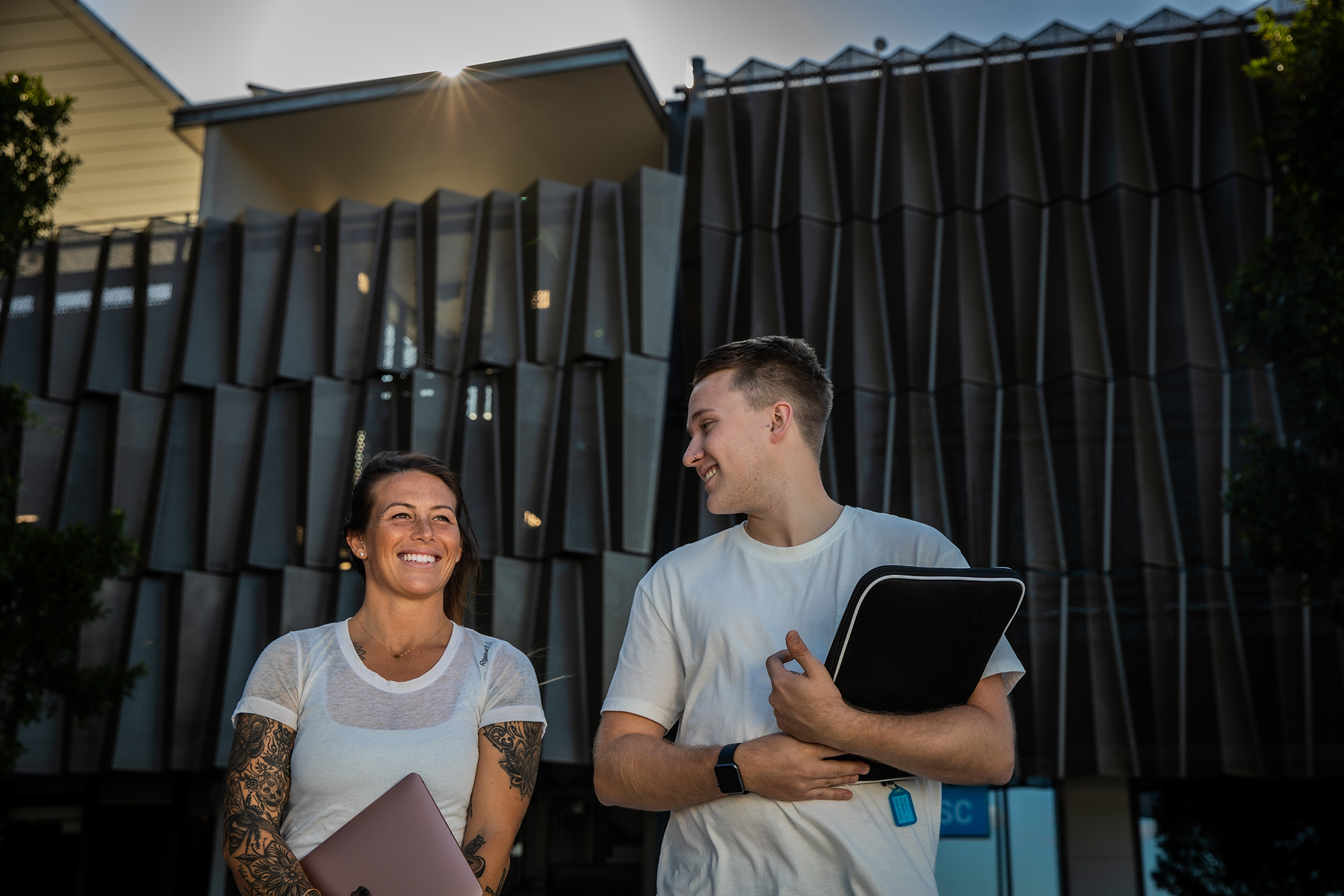