The University of the Sunshine Coast’s mixed touch team scored an impressive 66 tries in just seven matches on its way to winning gold at the recent Australian University Games on the Gold Coast.

The USC team was undefeated in its division, simply outclassing many of its opponents during the round matches before edging out Deakin University 6-5 in a hard-fought grand final.

Taekwondo competitor Cameron Taylor put his black belt to good use on the opening day of the Games, taking out the 74kg division to bag his second consecutive Australian University Games title.

Bronze medals went to the men’s futsal side, 10,000m runner James Kelly and sprinter Courtney Geraghty in the 200m.

About 140 USC athletes took part in the multisport carnival from 27 September to 2 October, with the squad including its first cheer team and water polo side.

“The atmosphere was fantastic, and it was great to see the students come out to support each other in their chosen sports,” Mr Moore said. “There were more than 8,000 athletes at this year’s Games and, for a small university, we did very well.”

On a per capita basis, USC placed sixth out of 42 universities. 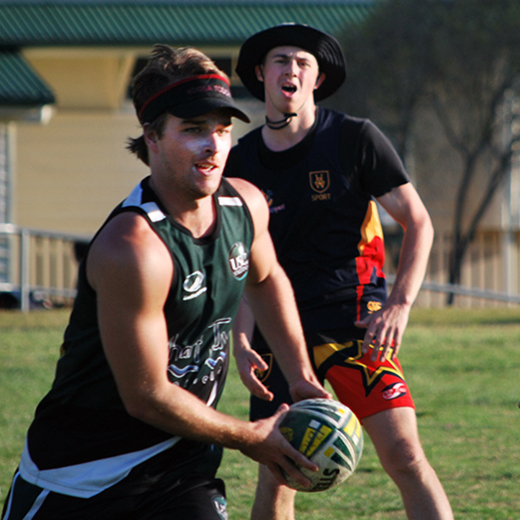