The academics who led the introduction of a suite of Law degrees at the University of the Sunshine Coast will become Emeritus Professors of the University this week.

Professors Anne and Neil Rees, the inaugural Heads of the USC Law School, will receive the honorary awards at the USC Faculty of Arts, Business and Law graduation ceremony on Thursday 7 April at 3pm.

The Professors, who retired in February, designed, developed and led USC’s Bachelor of Laws programs, which now have more than 270 students enrolled.

Professors Anne and Neil Rees were appointed to establish the new school in February 2013. They achieved accreditation for the degree and welcomed the first USC Law students in 2014.

In their three years at USC, the Professors oversaw the introduction of a purpose-built moot court, the USC Law Oration and the Law Clinic, which allows USC Law students to undertake supervised legal work during their studies.

They said that after building the degree from the ground up, it had been gratifying to see USC Law students embracing the opportunities available at the university.

“We felt really fortunate that the students we took in were a really vibrant, professional group and I think many of them will go on to do very well in their careers,” Professor Anne Rees said.

“A major highlight from our time at USC was working with the very supportive legal community on the Sunshine Coast and moving into the Law Clinic premises at Maroochydore.

“With the program in a healthy state, the clinic operating successfully and the moot court opened, Neil and I were very satisfied to retire knowing that the Law School was on a firm foundation.”

Professor Anne Rees said she and her husband were honoured to have their work recognised with the Emeritus Professorships. “More than anything else, it’s great for us to be able have an ongoing connection with USC,” she said.

Vice-Chancellor Professor Greg Hill said Professors Anne and Neil Rees had made a major contribution to USC. “Their work was critical to the successful establishment of our Law School in 2014 and its strong connection to the Sunshine Coast community,” he said. 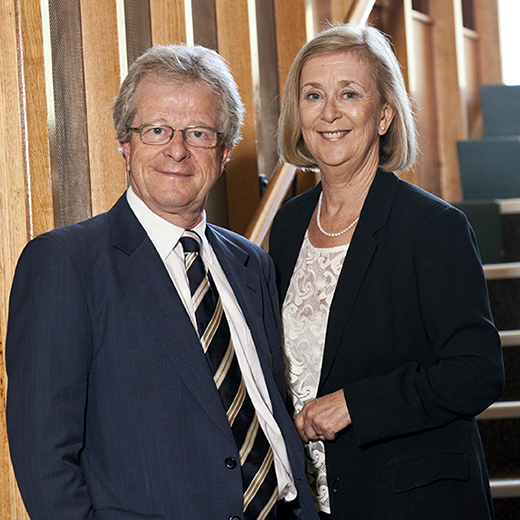