A University of the Sunshine Coast academic has been named among Australia’s top 100 most innovative engineers for his cutting-edge research into improving airport pavement technology.

The former Air Force engineer said Australian airport engineering had stagnated in the 1990s, and he has since established a comprehensive program of changes to bring the field up to date, including developing advanced testing methods and runway pavement materials.

Dr White said many airports were still using construction and testing methods created 40 years ago, despite challenges such as changes in materials and the introduction of larger, more demanding aircraft.

“There’s no collective owner of Australian airports, so while planes have become more damaging and the materials have arguably become poorer, nobody has updated the technology,” Dr White said.

“My aim has been to address those issues by providing fundamental and applied research that can improve practice on the ground.

“One of the most important changes is to implement tests that are more indicative of the performance of new materials being used. Right now, there’s a significant risk that airport runways based on traditional technology won’t work perform under modern aeroplane loads.”

Several of Dr White’s proposals could set a new standard for airports internationally, with his new pavement strength rating system to be considered by the International Civil Aviation Organization in its next review.

Dr White said he was honoured that the engineering industry’s peak body had considered him to be one of the country’s top 100 innovative engineers.

“I think the innovative part of what we are doing is recognising that there was a need for this program, and being proactive in making some changes,” he said.

“Hopefully we’re making our little bit of the industry better by working with initiatives that might otherwise stay sitting on a shelf.” 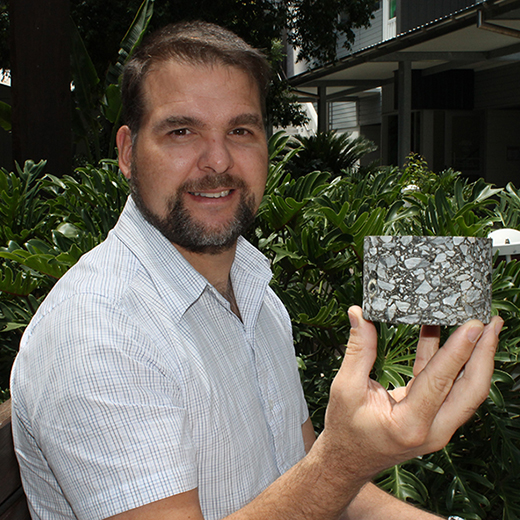