Cutting-edge technology which scans the natural ‘barcode’ of pollen will be used in new University of the Sunshine Coast research on bee populations.

The $25,000 grant will allow USC researchers to travel to the University of Wurzburg in Germany, where they will conduct chemical analyses on pollen samples using a DNA barcoding technique. German researchers will also visit USC as part of the two-year project.

Professor Wallace said the research would determine how the diversity of plant species in a landscape could boost bee populations, which are currently in decline around the world.

“All of our honeybee populations are in decline and there is a lot of concern about what that’s going to mean for crop pollination down the track,” she said. “This project is looking at why exactly bee health is improved by having access to a wide variety of plants.

“With the new barcoding technique, we can take a bit of pollen from the beehive and put it through the DNA barcoding system, from which we get a long list of all the plants they’ve collected from.

“It’s cutting-edge and a fantastic tool to find out what the bees are after without having to follow them around.”

Professor Wallace, who is collaborating with University of Wurzburg academics, said the research had already highlighted the central role that biodiversity plays in keeping native bees healthy.

“When we clear forest for crops, we’re reducing the biodiversity dramatically, and that’s very bad for wild pollinators,” she said. “The sort of things that can help are having patches of bushland left on farms, or revegetating farms. That can provide more habitat for pollinators, which in turn helps the crops.”

“The grants are a major coup for Helen and her team and will add considerably to research capacity within the Genecology Research Centre at USC,” he said.

The Australia-Germany Joint Research Cooperation Scheme is a joint initiative of Universities Australia and the German Academic Exchange Service, Germany’s national agency for the support of international academic cooperation. 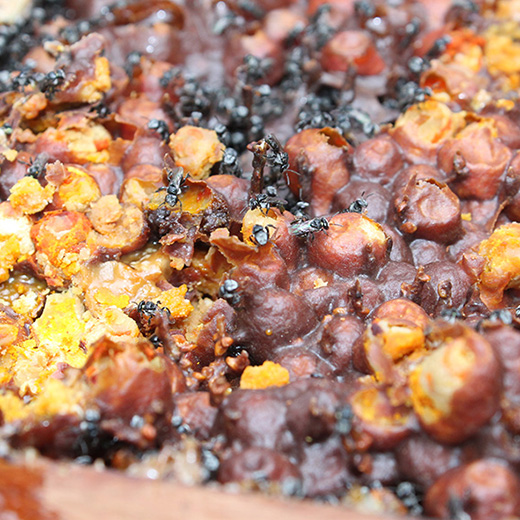