All the ups and downs of a good, old-fashioned family road trip will be brought to the stage when University of the Sunshine Coast Drama students perform the acclaimed Australian play Away at Sippy Downs from 24-27 February.

The USC Theatre production is set in late-1967 as three very different families set out on Christmas holidays. Over the course of one summer, the relationships between the characters transform as they take on issues of illness, love and loss.

The coming-of-age story, directed by highly-regarded Brisbane actor and director Caroline Dunphy, will be performed at the Chancellor State College Performing Arts Centre and feature a cast and crew of 10 USC students completing Drama majors.

Producer and USC Lecturer in Drama Dr Jo Loth said the summer road trip highlighted by this Michael Gow play was an Australian ritual that most people could identify with.

“I would describe the play as a tragi-comedy,” she said. “It’s exploring big questions of life, death, class and gender, but it brings a lovely light touch to these serious topics.

“It’s an Australian classic with brilliant writing that the students can really sink their teeth into. I think audience members of all ages will relate to the very human foibles of the characters they depict.

“These USC Theatre productions give both the actors and technical crew a chance to put the skills they’ve been honing in the classroom into practice.”

Ms Dunphy said the cast had embraced the challenges of a production that required them to bring both humour and depth to the stage.

“I'm thrilled to be revisiting Away 20 years after performing it at La Boite’s Roundhouse Theatre in Brisbane as a young actor,” she said.

“I want to give a similar experience to USC students that is both true to the text and exciting to play in their contemporary world.

“We’ve already received more than 500 bookings for school students and we’re hoping that community support will be strong across all the performances.”

Media are invited to attend a preview matinee on Wednesday 24 February from 1.20pm. 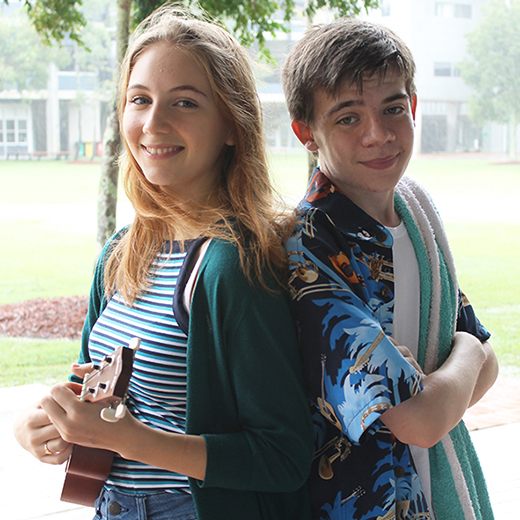