A Canadian occupational therapist is conducting research at the University of the Sunshine Coast into whether aquatic-based exercise can provide more holistic treatment options for people with conditions like arthritis and osteoporosis.

Heather Scott, who has worked as an occupational therapist for almost a decade, has received a scholarship for her USC PhD study to investigate the psychosocial advantages of water-based exercise for people suffering from a range of musculoskeletal conditions.

Her scholarship has been funded by the Kirk Foundation, which was established by local philanthropist and USC Honorary Senior Fellow David Kirk.

Ms Scott said musculoskeletal conditions were the most common causes of long-term pain and physical disability, and they were becoming more prevalent as the population aged.

“The most commonly prescribed treatment is exercise,” she said. “However, the effectiveness of these interventions is largely determined by the patient engaging in, and then adhering to, a prescribed program.

“Pain, decreased movement capacity and the fear of injury can create barriers for people who are prescribed typical land-based exercise.

“Another barrier to participation is the role of the psychosocial health of the individual. Poor functional outcomes have been linked to poor emotional health so things like anxiety, depression, low self-efficacy and poor social support affect people’s willingness to engage and adhere to rehabilitation strategies.

“The aquatic environment might offer a solution to this. The fundamental principles of hydrodynamics (density, hydrostatic pressure, buoyancy, viscosity and thermodynamics), creates a safe, supportive environment for people with musculoskeletal conditions to exercise.

“This could be used as either a short-term rehabilitation strategy or a longer-term approach to exercise.”

However, while the physical benefits of aquatic exercise are well known, Ms Scott said there was little understanding of how this type of therapy influenced patients’ psychological wellbeing.

“As an occupational therapist, I’m interested in not just the physical implications but also the psychosocial ones – how a client’s social environment relates to their thoughts, emotions and behaviours,” she said.

Ms Scott will conduct interviews and focus groups to assess the perceived social and emotional benefits of aquatic-based exercise from a client’s point of view. She then hopes to design and develop a clinical intervention that would inform future treatment strategies for clients with musculoskeletal conditions. 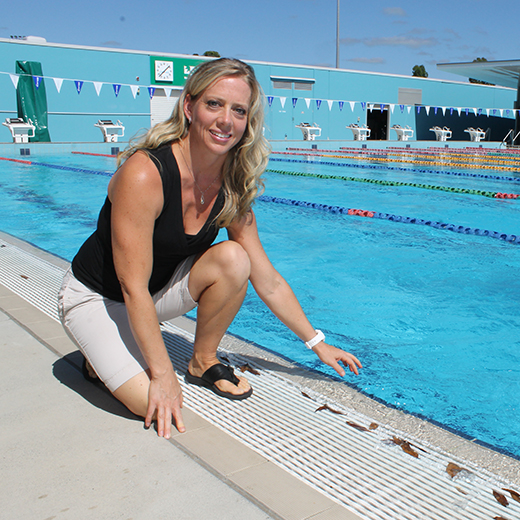