University of the Sunshine Coast researcher Meaghan Smith is taking a thorny issue to the people.

The PhD student will share her research into crown-of-thorns starfish after being selected as one of 50 female scientists nationwide to take part in a National Science Week roadshow next month.

Ms Smith, 25, will travel to Mt Isa next month to share her insights into the coral-destroying species with schools and community groups in the North West Queensland region.

Her three-year project is investigating ways to slow the breeding of the highly toxic starfish, which preys on coral tissues and has killed huge swathes of coral in the Great Barrier Reef in recent years.

Ms Smith of Maroochydore said the difficulty in controlling the crown-of-thorns outbreak was exacerbated by the species’ prolific breeding habits.

The current method of control involves divers injecting individual starfish with bile salts to kill them. But it is struggling to keep up with the rapid spread of the starfish, Ms Smith said.

“The starfish communicate with each other to gather together for spawning, where the female releases up to 60 million eggs,” she said. “They’ve got a very high reproduction success rate and can survive for months without food.

“The current control methods just can’t keep up with the numbers, so I’m aiming to find ways to interrupt their spawning cycle, using molecular analysis of the starfish’s reproductive methods.

“We’re looking at potentially using a chemical from the Triton snail, which is one of their few predators, to release into the water and prevent them from gathering to breed.”

The 50 researchers involved in the Women in Science project will speak at schools, hotels and libraries in communities around Australia to provide an insight into science and technology for rural and regional audiences.

Ms Smith, who grew up in country Victoria, said she hoped to inspire young people, particularly girls in the regions, to consider a career in science.

“We’ll be bringing science to those communities that don’t always get to experience it,” she said.

The Women in Science roadshow will run during National Science Week from 15 to 19 August. 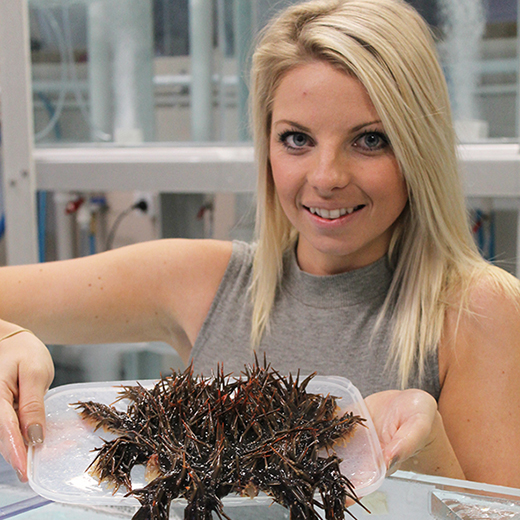