Kilkivan farmer Deborah Barry has followed her 17-year-old daughter’s lead in signing up for a free tertiary education bridging program starting at the University of the Sunshine’s Gympie campus later this month.

Deborah was considering ways to fill in time next semester when she drives her daughter Sarah into Gympie for USC’s Tertiary Preparation Pathway (TPP) program, and decided to enrol as well.

Sarah, who left school during Year 11, said she had always wanted to go to university and was exploring her options when Deborah suggested TPP as a first step towards gaining a degree.

“The idea of teaching drama has always been a great passion of mine, so I will study TPP full-time next semester and plan to enrol in a combined Bachelor of Arts and Bachelor of Education at USC’s main campus at Sippy Downs next year,” she said.

“It is something I’ve been inspired to do by my drama and English teacher at James Nash State High School who studied the same program at USC and told me how happy he was to be teaching something he loves.”

Deborah, who has six children aged 3 to 26, said that the more she found out about TPP for her daughter, the more she was inspired to enrol in the program herself.

“I’ve had a seven-year gap since working and I kept thinking that TPP was something I could do that would provide me with the skills I’d need when I’m ready to re-enter the workforce,” said the former store manager, who left school after Year 10 to begin a career in retail.

Deborah said more than 10 years ago she turned down a promotion with a national firm based in Sydney and decided to take a “tree change”. The family moved to country Queensland and eventually settled on a cattle property at Kilkivan, west of Gympie.

“After time off for my family, TPP offers a way to get back into the mindset of learning again, and will update my skills so I am at a level where I can go on to further study,” she said.

Deborah, who will study TPP part-time, said she planned to eventually study a Bachelor of Human Services at USC Gympie.

“My passion is Indigenous people and culture and I know I definitely want to end up working in Indigenous services,” she said.

Enrolments are now open for mid-year entry into TPP at USC Gympie.

For information go to www.usc.edu.au/learn 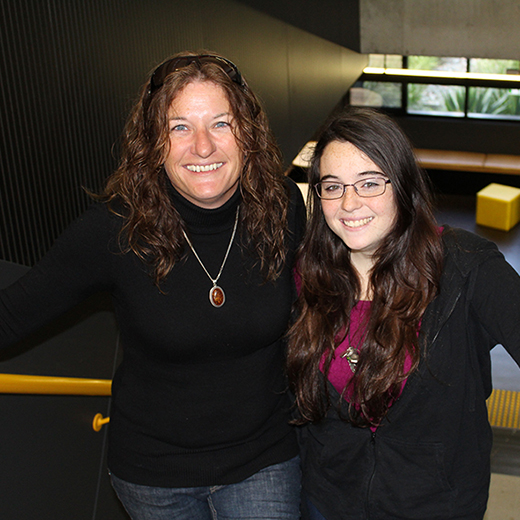