A Fraser Coast university academic is about to present a paper on his research into alleviating poverty at an international conference at Harvard University.

Lecturer in Accounting at the University of the Sunshine Coast’s Fraser Coast campus Ratna Paudyal will attend the West East Institute’s International Academic Conference on Business and Economics in Boston from 1-3 August.

Mr Paudyal said his presentation would cover the importance of building social capital to break the cycle of poverty in Nepal.

The topic is the focus of his PhD research, and is also an important issue for Mr Paudyal, who was born to illiterate parents in a remote Nepalese village and grew up in a one-bedroom house with 12 siblings.

Mr Paudyal said his key message in his presentation was that microfinance loans were not the solution to helping impoverished people.

“Microfinance is often used in developing countries as a poverty relief tool, but giving money is not the answer – it will only increase dependency and won’t help to make communities sustainable,” he said.

“There needs to be an integrated approach with education and income-generating activities to enhance individual and community capacity building.”

Mr Paudyal said he believed his research findings could be applied to other poverty-stricken and low-income areas, including some Australian regions such as the Fraser Coast.

“In order for microfinance to make a significant and worthwhile contribution to the lives of impoverished people and their communities, it should support the recipient’s productive use of the loan, and their capacity to repay the loan from those endeavours.”

Mr Paudyal said he was looking forward to representing USC and sharing his research into microfinance with academics from around the world.

“The conference will be a valuable networking opportunity, and is also a platform to provide those agencies and governments working to alleviate poverty with insights from this research.” 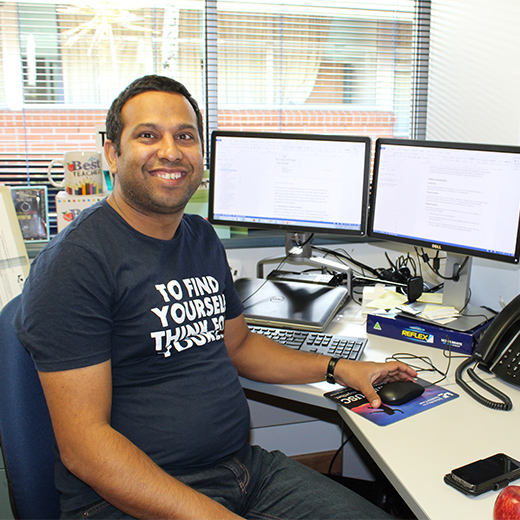