University of the Sunshine Coast students Angela Johnson and Yoel Jogiono have their eyes on the prize as they lead the USC Spartans into battle for the Northern Unigames from 3-7 July.

Volleyballer Angela and futsal player Yoel are USC’s captains for the second year in a row, commanding a 160-strong team of student athletes in their quest for glory at USC’s Sippy Downs campus and other sporting venues across the Coast.

About 2,000 students from across Queensland and northern NSW will compete in 17 disciplines at the tournament run by Australian University Sport with support from USC, Sunshine Coast Council and Visit Sunshine Coast.

Yoel, 23, who is competing in his fourth Northern Unigames, said he was delighted to be at the helm of the USC Spartans again in 2016.

“It’s great to be captaining a team that has athletes competing in sports as diverse as basketball, surfing and golf,” he said.

“The Unigames are a really social competition, but everyone is in it to win it and I think we’ll see some strong results for USC in both individual and team events.

“The competition standard is always pretty high at the Northern University Games and we’re all looking forward to getting out on the field.”

Angela, 20, said that with the final semester of her Science/Education degree approaching, this year’s tournament would hold extra significance.

“It’s my final Unigames, so I’m hoping we’ll perform really well across the board,” she said. “Being one of the captains definitely adds some motivation as well.

“Having the event on the Sunshine Coast will make a big difference. I think we’ll get a bit of a home ground advantage.

“Even in the four years I’ve represented USC, I’ve seen the team spirit among the Spartans grow stronger and stronger.” 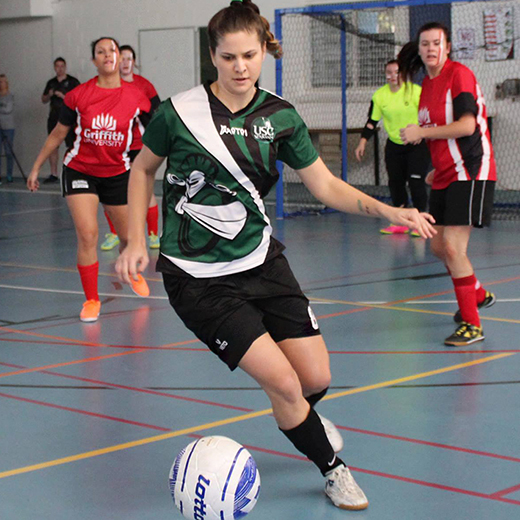