Four female high school students are this week experiencing what it is like to work as scientists at the University of the Sunshine Coast as part of a special program called ‘Growing Tall Poppies’.

The Year 10 Immanuel Lutheran College students have been working alongside scientists at USC’s Adolescent Risk Research Unit, based at the Sunshine Coast Mind and Neuroscience – Thompson Institute at Birtinya, where they have conducted their own research project.

Dr Scott-Parker said this week’s experience at USC would help broaden the girls’ ideas of what a career as a scientist might involve.

“Science is so much more than Bunsen burners and beakers,” she said. “A major part of this experience has been about exposing the students to what science actually looks like in the real world.

“They’ve come to the University to work with some of our female scientists and are actually running a study themselves as scientists.

“As a woman working in science myself, I’m aware of the gender imbalance, and I’d love to inspire young girls to eventually consider university studies and careers in the field.”

Immanuel student Isabella Brial said participating in the three-day program at USC had helped cement her interest in pursuing a career in forensic medicine.

“Participating in the Growing Tall Poppies program is an amazing opportunity,” Isabella said. “I am extremely interested in science and the program has taught me a lot about science in society.” 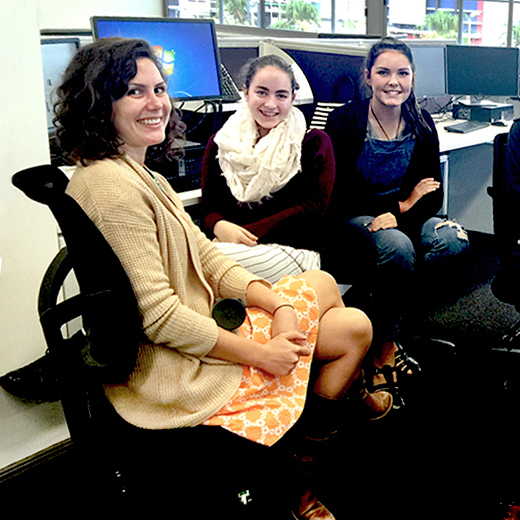