The University of the Sunshine Coast’s laboratories were a hive of activity recently when 60 high school students tried out cutting-edge techniques for the chemical analysis of honey.

Associate Lecturer in Science Dr Sarah Windsor said the workshops gave students from Noosa District, Bribie Island, Hervey Bay and Aldridge State high schools a taste of what it would be like to work as a chemist on an innovative research project.

“The textbook side of chemistry can be dry, so we wanted to show the students where it can lead to as a career,” she said. “In this case, they were analysing the amount of antibacterial compounds in honey.

“We modified our research methods to fit into a two-hour workshop so we could give the students a first-hand, practical experience of what we do in a honey lab every day.

“In the USC labs, we were able to teach them chemistry techniques that they would never have the chance to try in a school environment, such as high-performance liquid chromatography.”

Dr Windsor said students replicated a recently released USC study that had aimed to tackle the problem of increasing levels of antibiotic resistance in the general population.

“Some people who have repeatedly had to use antibiotics, such as those with an autoimmune disease like HIV, develop a resistance to the normal antibiotic drugs,” she said.

“We wanted to find out if there were bioactive compounds in honey that could use a different pathway to stop infections in those people.

“These workshops gave us an opportunity to bring that front-end academic research to young people who could be our future chemists.”

Earlier this year, in another STEM initiative for the Sunshine Coast, USC hosted a gathering of Heads of Science from schools across the region.

The teachers took part in a workshop on Cognitive Acceleration in Science Education, which included a classroom demonstration by Chancellor State College teacher Neil Gordon and students from his school. 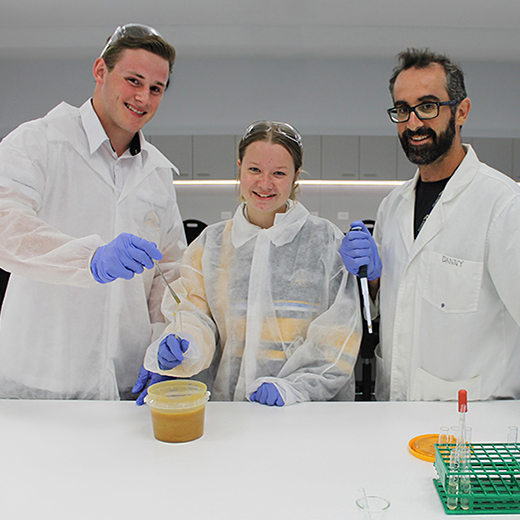