That’s why the former Noosa Heads resident was so passionate about securing work as a Registered Nurse at both a busy doctor’s surgery in Logan recently and at an IPN medical centre in Brisbane last week.

Tash, 26, graduated in April with a Bachelor of Nursing Science, majoring in mental health, and is now enjoying the diversity of her work at her two workplaces.

“I have a huge passion for preventing chronic illnesses and promoting wellbeing in mental and physical health and believe this starts and finishes in general practice,” she said.

“Studying a Bachelor of Nursing Science at USC not only taught me all about nursing,” she said. “It also improved my confidence, time management, critical thinking, independence and patience.”

Tash previously worked as a medical receptionist and as an assistant in nursing and completed USC’s university bridging program, the Tertiary Preparation Pathway (TPP), before starting her degree.

“I chose to study at USC because they have a great TPP course to help mature-aged students get an idea of what university life is all about,” she said.

“I liked how USC is a smaller campus. It meant the class sizes were smaller and I had more one-on-one time with tutors, which truly helped with my learning.

“The support from the teaching stuff was amazing and the modern equipment and technology at USC really helped me to learn the latest nursing techniques.” 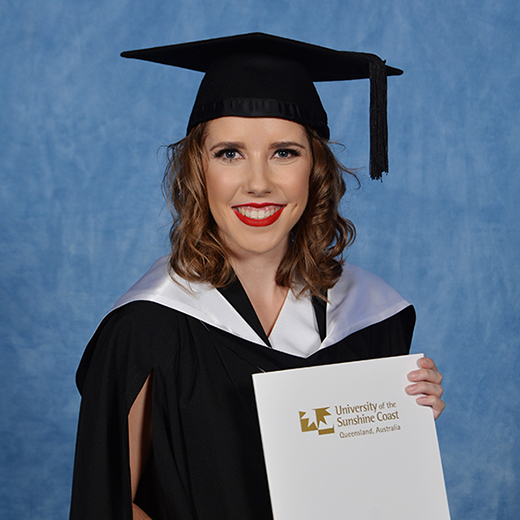 A Danish student who enrolled in a one-semester Study Abroad program at USC Sunshine Coast as part of “gap year” travel after high school has instead graduated three years later with a full USC Business degree.