Rio athletes to be celebrated at USC sports awards - University of the Sunshine Coast, Queensland, Australia

Rio athletes to be celebrated at USC sports awards

The University of the Sunshine Coast will pay special tribute to the 12 USC-based athletes who competed at this year’s Rio Olympics and Paralympics as part of its annual Sports Awards Ceremony on Monday 14 November.

The event will be held at USC’s Innovation Centre auditorium at Sippy Downs at 11am (with morning tea provided from 10.30am).

Guest speakers will be Sunshine Coast Lightning CEO Danielle Smith and Jordan Mullen of Australian University Sport, and the majority of those who competed in Rio and their sport scientists are expected to attend.

Almost half of the 12 Olympians and Paralympians are USC students, so will also be in the running to receive awards on Monday, including the prized title of USC Sportsperson of the Year.

Sport and Operations Coordinator Gary Moore said along with some impressive results in Rio, USC had been well represented by its students in a wide variety of sports during 2016.

“We’ll be recognising some outstanding performances with the traditional ‘Half Blue’ and ‘Full Blue’ awards for excellence, as well as the Sportsperson and Team of the Year,” he said. “The ceremony is about honouring their commitment and drive to succeed in sport.”

USC also presents a ‘USC Green’ award to a student volunteer who has helped boost sport at the University. 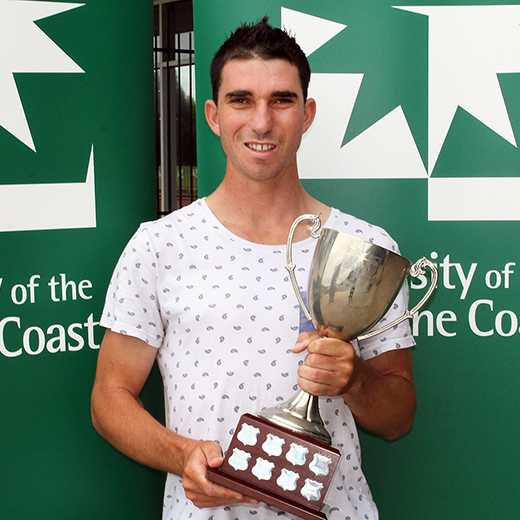