A childhood spent in some of Australia’s most remote national parks inspired a University of the Sunshine Coast graduate to a near-perfect score in her Animal Ecology degree.

Leanne Bridges, 30, received a University Medal along with her Bachelor of Science (Animal Ecology) at her recent graduation ceremony, after achieving a grade point average of 6.82 out of a possible 7.

The Mooloolah Valley resident grew up in Central Australia, spending her formative years in Kings Canyon National Park and Alice Springs and developing a keen interest in nature through her father’s work as a park ranger.

After working in industries such as real estate and as a technical assistant for Boeing Australia, Leanne decided to turn her passion for wildlife conservation into a career by enrolling at USC in 2013.

Initially nervous about the prospect of attending university, Leanne said she had embraced the chance to delve into the science of the natural world.

“Spending my formative years in wild areas instilled in me such a high regard for nature, and an understanding that we humans have the capacity to do significant damage,” Leanne said.

“It wasn’t until later on that I realised that my interest in conservation issues could become a career path for me.

“I just loved being able to study ecology at a higher level – in the classroom and in the field – and all my lecturers were so passionate about what we were studying.”

As well as completing fieldwork in northern New South Wales, Fraser Island and around the Sunshine Coast as part of her degree, Leanne last year undertook a “life-changing” 40-day placement in Kruger National Park in South Africa.

“Being able to do a placement with South African National Parks at Kruger was life-changing – I’ve maintained connections with international researchers that I met there,” she said.

“Receiving the medal at the USC graduation was pretty incredible, particularly in front of my Dad who travelled from Alice Springs, and my Mum and stepdad who supported me throughout my studies. It was a special day that I’ll always remember.” 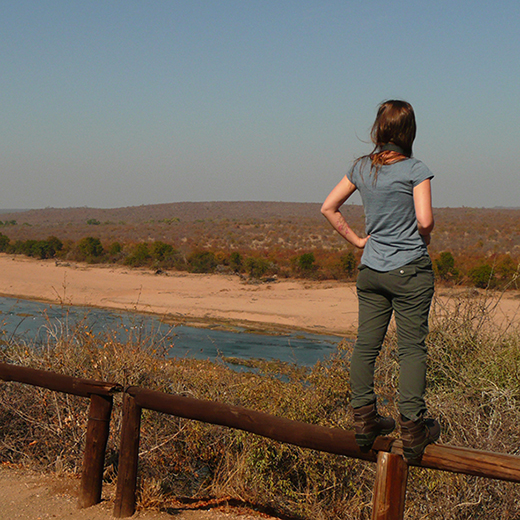