Sunshine Coast residents can gain an amazing glimpse into the lives of people in a remote Cambodian village as part of a special exhibition at the USC Gallery that goes on display this week.

Master of International Development student Mo Borghetto spent six weeks working with villagers in a development centre in Stung Treng, close to the Laos border, on a ‘photovoice’ project in which the locals took photos to represent issues around health.

The images will be displayed alongside the USC Unpacked 20/20 exhibition, a collection honouring 20 notable contributors to the development of USC, which will officially open on Thursday 22 September.

Ms Borghetto, 23, said her research project set out to provide charity organisation the Kindred Hearts Cambodia Foundation with an assessment of the medical needs of Stung Treng residents to help shape an expansion of the organisation’s medical services in their development centre.

“In such a remote setting, there can be linguistic and cultural barriers between development workers and locals, and using a visual medium helps in overcoming that issue,” she said.

“We provided the local people with cameras to take photos capturing health care issues in their community. We then used those photos in focus groups and asked questions about what kind of services and equipment were most needed.

“Over the six weeks, we discovered a number of issues around women’s health, the role of traditional medicine and healers, and accessing transport to larger health clinics and hospitals.”

Ms Borghetto said she was excited that the images from her research project would reach a wider audience as part of the Unpacked 20/20 exhibition.

“I think the idea of using creative visual methods in a community development setting can be very powerful,” she said.

“Many of the images are really illuminating. There were photos of people with severe injuries and with visual signs of disease, but there were also lots of images of children, and we would hear stories about the difficulties of raising a family.

“We did have some surprising images come up, like a group of women playing a card game. The photographer explained that some women in the community would lose a lot of money gambling in these games, and they felt that their children were being neglected.” 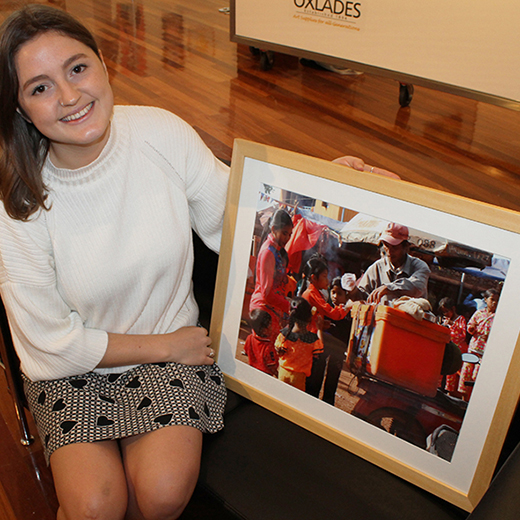