Arriving tomorrow, the national team will spend five days using USC’s sporting facilities and high-performance clinics to fine-tune its preparations for the 2017 Under 19 World Championships in Cairo.

The Emus’ camp will include a match against new National Basketball League team the Brisbane Bullets at the USC Stadium on Saturday 10 September at 1pm. Players from both teams will also be involved in a coaching clinic for local junior players before the game.

“We hope that having the court training, strength and conditioning programs and recovery activities all in one location will benefit the Emus as they get ready for a number of major tournaments in the coming months,” he said.

“This Under 19 team is likely to contain the next generation of Boomers, so it’s also fantastic that this visit will include an opportunity for our local young basketballers to engage with players of that standard.”

Emus’ head coach Adam Caporn said the Sunshine Coast was an ideal location for the Emus to launch their World Championship campaign.

“This camp will be important preparation for our Oceania Championship matches in Fiji in December which is another step towards qualification for next year’s World Championships,” he said.

“The Sunshine Coast has a successful track record in hosting elite sporting teams from other codes like AFL and rugby and, with great basketball facilities at USC, we’re very confident we’ll be able to do the hard work we need to do and also enjoy ourselves in what is a beautiful part of the world.”

“The Sunshine Coast has a proven record as a successful and very highly regarded destination for elite professional sporting sides to base themselves in preparation for upcoming competitions,” he said.

The Emus’ visit follows an announcement earlier this year that the Welsh Commonwealth Games team will be based at USC ahead of the 2018 Games on the Gold Coast.

Tickets for the Emus’ match against the Brisbane Bullets are available at www.uscbasketball.com.au. 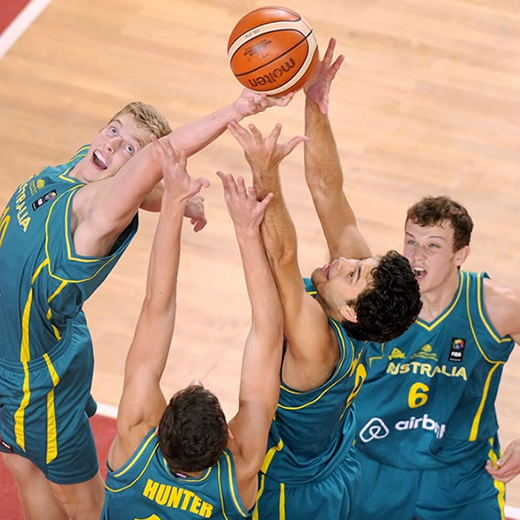