Returning to his home town of Gympie to attend university after many years of working away has paid dividends for new USC Business graduate Gareth Francis.

Mr Francis received a University Commendation for academic excellence when he graduated with a Bachelor of Business (Marketing) earlier this month, and is now working for the University at its campus on Cartwright Road, Gympie.

The 35-year-old was among the first cohort of Business students from USC Gympie to graduate and had the honour of delivering the graduate address on behalf of fellow students attending his graduation ceremony.

It was a case of convenient timing when the former James Nash State High School student decided to enrol at university after 12 years in various jobs, including working as a postie for Australia Post and as a computer technician.

“I moved from Brisbane back to Gympie with my wife and children in 2013 specifically to study at USC, however at the time I expected to travel to USC’s Sippy Downs campus to do the degree,” Mr Francis said.

“It was an extremely nice surprise to find out USC had just opened a campus in Gympie and would take its first cohort of students in both Commerce and Business the following year.

“I was able to do most of my subjects in Gympie, which saved me hundreds of hours each year in travel time and significant savings in travel costs.”

“Through TPP, I acclimatised to university life and learnt how to write academically, research and reference, all without the pressure of my results counting towards my overall degree,” he said.

The growth of USC’s Gympie campus also provided work opportunities for Mr Francis, who has been employed as a Client Technical Services Officer for the past two years, helping students and staff with IT-related issues.

He finished his three-year degree with a grade point average of 6.5 out of a possible 7, and also collected the Sea FM prize for the highest achieving student in Marketing Communication in his final year.

Mr Francis has his sights set on teaching business and IT to the region’s high school students, and has begun a Graduate Diploma in Secondary Education at USC.

Applications are now open for mid-year entry to study at USC, starting Semester 2 on 24 July. Details on how to apply can be found at www.usc.edu.au/midyear 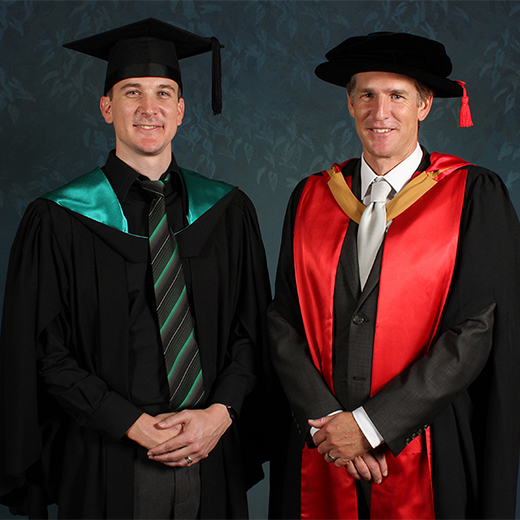