Sharing a house with a world champion para-cyclist and working alongside Paralympic swimmers at USC has inspired Maryborough graduate Lexie Purcell to pursue a career in sports prosthetics.

The former St Mary’s College student graduated this month from USC with a Bachelor of Clinical Exercise Science.

Miss Purcell, 21, plans to work as an exercise physiologist while studying USC’s new Bachelor of Health Science – the first and only program in Queensland that allows students to specialise in prosthetics and orthotics.

“My aim is to combine the knowledge gained from both degrees and work with both elite and recreational para-athletes to improve quality of life and performance through exercise and the fitting of orthotics and prosthetic limbs,” she said.

Miss Purcell’s interest in working with sportspeople with a disability was sparked by her flatmate, fellow USC student and world champion para-cyclist Kyle Bridgwood.

The former Australian Army Private who took up para-cycling after being seriously injured in a car accident in 2011, has two world titles and won two silver medals in the 2016 Rio Paralympic Games.

“I started working at USC Sport during my degree, alongside elite Paralympian swimmers and gained a fascination with the fitting and mechanics of prosthetics,” she said.

“I went to Rio to support Kyle and the swimming squad and was intrigued to see how competitors used and adapted their movement and prosthetics to compensate for their missing limbs.”

A career built around exercise and high performance sport was always on the cards for Miss Purcell, who was one of Australia’s top water skiers as a junior.

She was motivated to enrol in USC’s Bachelor of Clinical Exercise Science by her older sister Denni, who completed the same degree and works at the Lady Cilento Children’s Hospital in Brisbane.

“Having a support network of my sister and close friends at USC’s Sippy Downs campus made it an easy decision to move to the Sunshine Coast,” she said.

“Coming from a small town, I didn’t want the hustle and bustle of a big city. USC offered a relaxed lifestyle, and the small cohort sizes allowed more one-on-one time with teaching staff.”

Applications are now open for mid-year entry to study at USC, starting Semester 2 on 24 July. Details on how to apply can be found at www.usc.edu.au/midyear 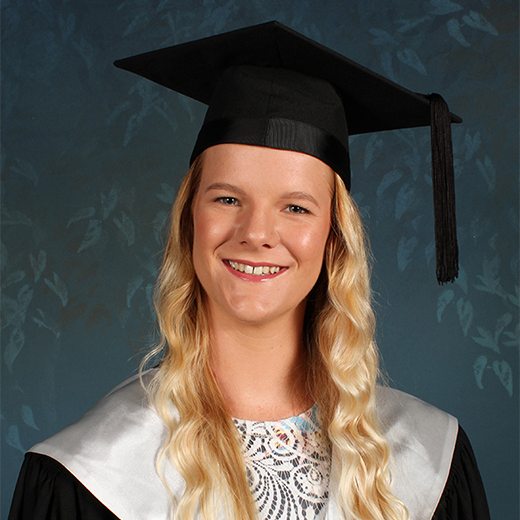