Newly-published research led by the University of the Sunshine Coast has found evidence that a native lizard species found in four Brisbane parks is rapidly differentiating in terms of its genetics and morphology (body size and shape).

With the oldest park dating to the mid-19th century, the research concluded that rapid genetic and morphological evolutionary change had occurred in the past 162 years, or 32 “dragon generations”.

“This study provided the first evidence that adaptation to city life can occur at a local scale, with extreme patterns of divergence occurring over ecological time frames within a single metropolis,” she said.

“We found major differentiation in DNA samples and morphological measurements such as body size, jaw width and limb length among lizard populations in city parks, compared to populations in non-urban areas.

“For example, separate city park populations driven by females had much greater variation in body shape compared to the non-urban populations we studied.

“While previous evidence for rapid evolutionary change comes from studies of oceanic archipelagos, our results suggest that city parks also create geographically isolated green spaces that can help the diversification of native species.”

Dr Frere, whose USC collaborators were PhD student Bethan Littleford-Colquhoun and Lecturer in Animal Ecophysiology Dr Christofer Clemente, said the overall extent of genetic differentiation among the city park populations was two to three times greater than the other populations.

“In particular, the DNA results showed differentiation among city park populations that was between three and 33 times greater than that found among non-urban populations,” she said.

Their paper, ‘Archipelagos of the Anthropocene: rapid and extensive differentiation of native terrestrial vertebrates in a single metropolis’, was published recently in the journal Molecular Ecology (Wiley). Co-authors were Martin Whiting of Macquarie University and Daniel Ortiz-Barrientos of The University of Queensland.

Dr Frere said another PhD student would join the USC team in May to take the next step in the research – examining how and why the differentiation had occurred in the lizards. 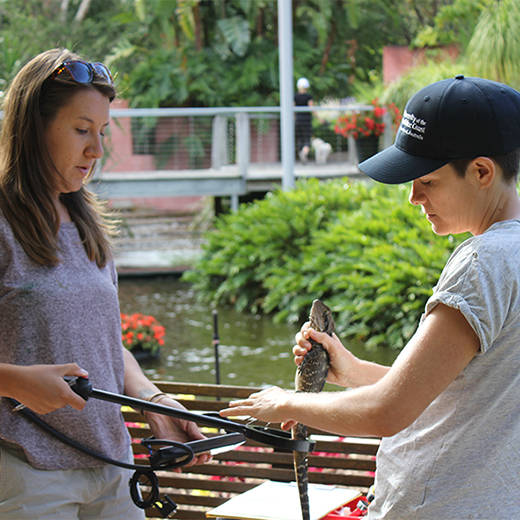