The ceremony will be held at the University’s Innovation Centre auditorium at 4pm, with invited guests arriving from 3.30pm.

Sir Angus, who was the Chief of the Australian Defence Force from 2005-2011, accepted the appointment as Chancellor following the recent retirement of John Dobson OAM, who had served in this role for the past decade.

He has worked closely with USC since 2011. As Chair of USC’s QMNI Foundation Board, he was a driving force behind the establishment of the Sunshine Coast Mind and Neuroscience – Thompson Institute, and has helped position USC as a leader in community mental health.

As Chancellor, Sir Angus will lead the University’s governing Council and be responsible for strategic and governance oversight. He will ensure USC remains accountable to its strategic goals, as well as to its students, staff and communities. 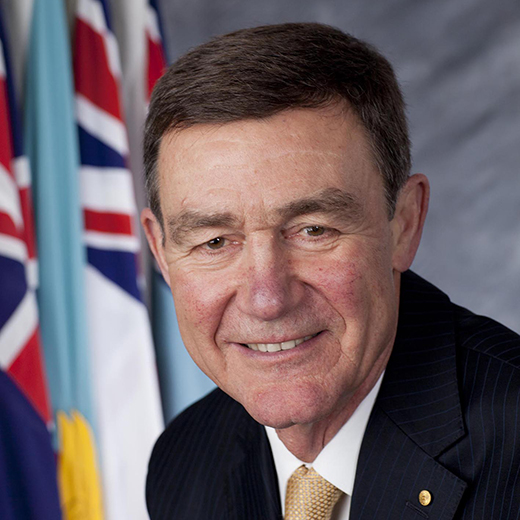