A team of USC Nutrition and Dietetics researchers will help fuel the performance of the world’s best student-athletes at the World University Games starting in Taiwan on Saturday 19 August.

The event, officially known as the 2017 Summer Universiade, is the world’s second-largest sporting competition, with only the Olympic Games attracting more athletes.

The USC trio, along with sports dietitian Lauren James, will be based in the athletes’ village, where they will provide competitors with dietary advice and collect data on athletes’ food choices and the nutritional environment.

Associate Professor Pelly, an internationally respected sports dietitian, has advised the International Olympic Committee on food provision at Olympic and Paralympic Games since 2000.

She said caterers at large-scale events faced a hefty challenge in providing appropriate food choices to athletes competing in sports as varied as weightlifting, gymnastics and sprinting.

“Administrators need to cater for athletes of different sizes, ages, genders, but they also have to take into account religious beliefs, dietary requirements and cultural factors,” Dr Pelly said.

“In Taipei, we’ll work with the Event Planning Group and Global Hospitality Group to provide athletes with dietary support, including meal plans, as well as advise the staff on matters like the accurate labelling of food and appropriate nutrition.

“Many of these student-athletes are at an Olympic Games standard, and we’ll be working hard to ensure they’re in a nutritional environment that supports their best performance.”

PhD student Rachael Thurecht will use the Taipei event to research the factors that may impact their food choices at an international competition, through running a series of athlete focus groups and surveys.

“Many athletes might have a rigorous, structured nutritional program at home, but will make very different choices in an unfamiliar environment abroad,” she said.

“As well as focus groups, I’ll be using the Games to develop a survey that paints an accurate picture of the factors that impact nutritional choices. I’ll be validating that survey at next year’s Commonwealth Games.

“Food choices are an absolutely critical part of athletic performance and recovery, and I hope that my research will contribute to new recommendations for athletes at large-scale events.”

The 2017 Summer Universiade Taipei, or World University Games, will be held from 19 to 30 August. 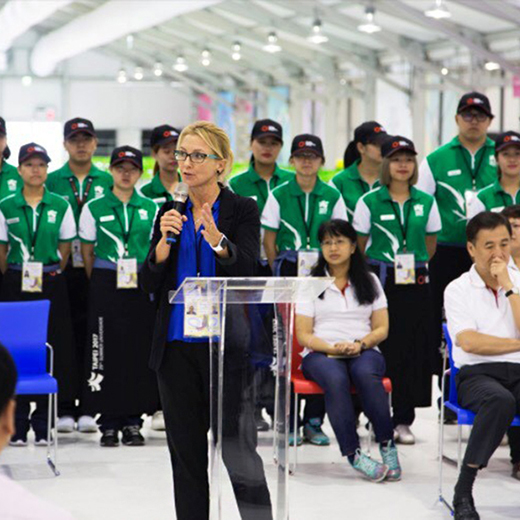