USC high-flyer is Law Student of the Year finalist - University of the Sunshine Coast, Queensland, Australia

USC high-flyer is Law Student of the Year finalist

A high-achieving USC student from Buderim has been named a finalist in the Law Student of the Year category of the annual Australian Law Awards.

Michael Jefferies, 22, was one of 10 students nationally to be shortlisted for the award, which will be presented by Lawyers Weekly at a gala ceremony for Australia’s top legal eagles in Sydney on Friday 1 September.

The Law Student of the Year prize is judged on academic results, extracurricular involvement and leadership in the community, and a passion for law and justice.

Michael, who is excelling in a combined Laws/Commerce degree, is the co-chairman of an international refugee advocacy organisation called World for Refugees and is an elected student member of the USC Council. He has helped lead several student groups on campus including the USC Law Students’ Association.

He said he was thrilled to have been shortlisted for the prestigious award.

“To be recognised as one of the top 10 Law students in Australia is a significant honour, and I’m excited for what it can do for the USC Law School as well,” he said.

“Because the USC Law School is relatively young, this shortlisting will help put us on the map. I’m hoping it will also raise USC’s profile among the legal community – our future employers.

“I’m really passionate about using law and advocacy as part of my work helping lead World for Refugees, and I’ve really enjoyed using the skills from my Law degree across a wide range of pursuits.”

Head of the USC Law School Professor Pamela O’Connor congratulated Michael on becoming the first Law student from USC to be shortlisted for the competitive award.

“We’re very proud of Michael for his hard work at USC and in the community,” she said.

Michael, who hopes to pursue a career in corporate law, said he was looking forward to mixing with some of Australia’s top legal minds at the Australian Law Awards ceremony. 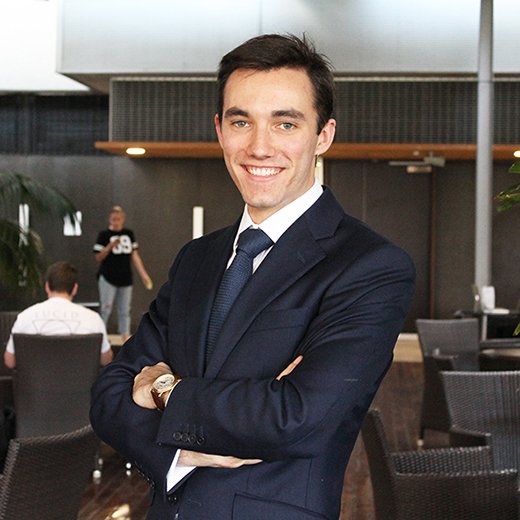