Researchers from the University of the Sunshine Coast in Queensland are leading one of three major trials across Australia aimed at reducing the risk of bushfire damage to our built and natural environments.

USC Professor of Forestry Operations Mark Brown is heading a Western Australian field trial into the effectiveness of using machinery to reduce fire fuel loads (plant material) in targeted locations to lessen the strength and speed of bushfires.

Trials are also being held in New South Wales and Victoria as part of the same project.

Professor Brown, Director of both the USC-based Forest Industries Research Centre and the Australian Forest Operations Research Alliance, is working with USC senior researchers Justine Edwards and Rick Mitchell on the 12-month trial, due to finish in October.

Professor Brown, who has been travelling between USC at Sippy Downs and the 185ha site at Collie, south of Perth, said the research could produce huge benefits for communities and the environment across Australia.

“If the results show that mechanical fuel load reduction works, this method could be applied in other selected areas where there are towns or infrastructure or high conservation status areas close to bushland, such as across the greater Sunshine Coast region,” he said.

“This method has the potential to cut the cost of bushfire management while improving preventative measures and decreasing impacts.

“Mechanical fuel reduction can be applied throughout the year, as opposed to prescribed burning which requires specific weather conditions. It could allow bushfire mitigation measures in areas where it hasn’t been possible before because of burn risks and smoke issues near people’s homes and public infrastructure.

“It won’t replace prescribed burns to mitigate bushfires, but it could be a complementary tool. In addition, the material removed to reduce fuel loads could be sold to produce sustainable bioproducts or bioenergy.”

Ms Edwards, a WA-based forestry researcher with an environmental science background, described the trial as a comparison of the effects of different preventative treatments in areas of native vegetation.

“One treatment is a control, the second is prescribed burn only, the third will have mechanical fuel reduction, and the fourth a combination of a burn and mechanical reduction,” she said.

“We have measured biomass, tree species, biodiversity, coarse woody debris and soil carbon. After the treatments, these environmental factors will be measured again. The data will be analysed by expert partners in the project.”

USC is also involved in modelling and assessing the performance of machinery used in the fuel reduction practices, with Mr Mitchell working on site in WA conducting “time and motion” studies to better understand machine cost and performance.

Professor Brown said the results of the machine trials in WA would be analysed and modelled by USC Senior Research Fellow Dr Mauricio Acuna, who is based in Hobart.

“Dr Acuna’s work will aim to understand the performance and cost of the mechanical operations, how they relate to the fire mitigation outcomes, and how they compare to the cost of fuel reduction burning,” he said.

In kind contributions to the WA trial are being made by several West Australian state government agencies as well as private industry. These include the Shire of Collie, Department of Water and Environmental Regulation; Department of Biodiversity, Conservation and Attractions; and WESPINE Industries. This collaborative approach is ensuring that state government land owners and managers that carry significant bushfire risk liability are involved in developing practical solutions to mitigating bushfire risk near communities, assets and environmentally sensitive areas. 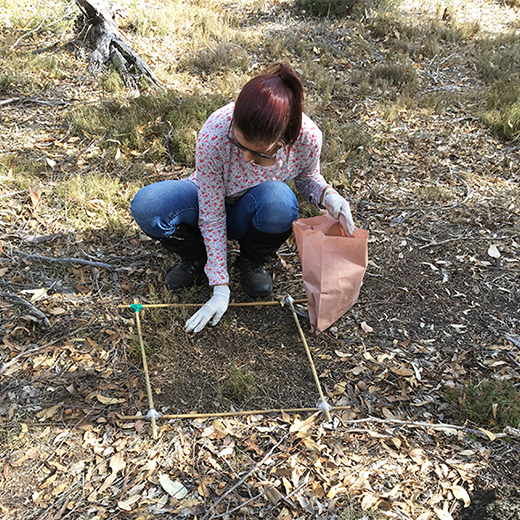