USC Spartans are off to an impressive start in their preparation for Commonwealth Games selection after returning with a huge haul of medals and two national records from the Queensland Swimming Championships.

“The state championships are the first step in our preparation for the Commonwealth Games and the team performed well beyond expectations,” USC High Performance Swim Coach - Paralympic Nathan Doyle said.

“Our swimmers made 86 of 122 finals, and came away with 17 gold, eight silver and seven bronze medals.

“The highlight was 60 personal best swims, which is a fantastic result as we head towards the national trials at the end of February.”

Among those laying strong claim to place in the Australian team at next year’s Games is USC Bachelor of Animal Ecology student Taylor McKeown who won the open women’s 200m individual medley and the 200m breaststroke.

Taylor already has a Commonwealth gold medal under her belt in the 200m breaststroke from the 2014 Glasgow games, and was part of Australia’s silver medal winning medley relay team at the 2016 Olympics in Rio.

Lani Pallister claimed gold in the 15 years 200m, 400m and 800m freestyle, setting a new Queensland record in the 200m event. Both girls earned Swimmer of the Sessions awards. 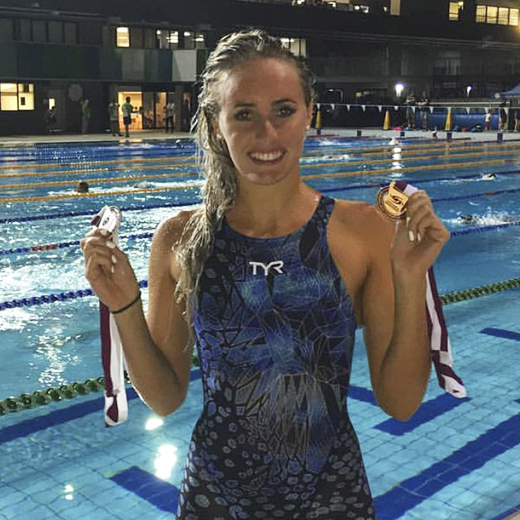