Hervey Bay’s Jared Tallis considers starting a science degree at USC Fraser Coast as his first step to a career as a bio-scientist who will make a difference in the world.

The OP3 student from Fraser Coast Anglican College will begin the new Bachelor of Science at USC’s Fraser Coast campus when Semester 1 gets underway on Monday 27 February.

“Science has so many applications, and I know that this degree will help me to pioneer new ways of solving some of the world’s problems,” Jared, 17, said.

Enrolments are still open through QTAC for USC’s Bachelor of Science, which allows students to graduate with a wide depth and breadth of scientific knowledge.

First-year students at USC Fraser Coast will gain a strong foundation in chemistry, biotechnology, biology, ecology, mathematics and food and biosecurity locally, before completing the remainder of their degree at USC Sunshine Coast.

Jared, who received the Archbishop’s Award for the most improved senior student at Fraser Coast Anglican College, said he was excited to start his studies at USC Fraser Coast.

“It will give me the opportunity to meet new people, make new friends and learn in a close-knit community,” he said.

“By studying at the local campus, I will be able to maintain connections with friends and family, and the University’s small classes will give me access to individualised support.”

The flexibility of the degree appealed to Jared, with students able to focus on their favourite areas of science through a choice of majors and minors in traditional scientific fields.

“I aim to use the skills I gain from the degree for a career involving biosciences, which deals with the biological aspects of living organisms,” he said.

“There are so many career paths related to bioscience, including ecologist, toxicologist and microbiologist, and I will work out which area to specialise in as I go along.”

Science is one of five additional degrees offered by USC Fraser Coast in 2017 that allow students to undertake their first year of university locally. The others are Social Work, Counselling, Psychology and Social Science. 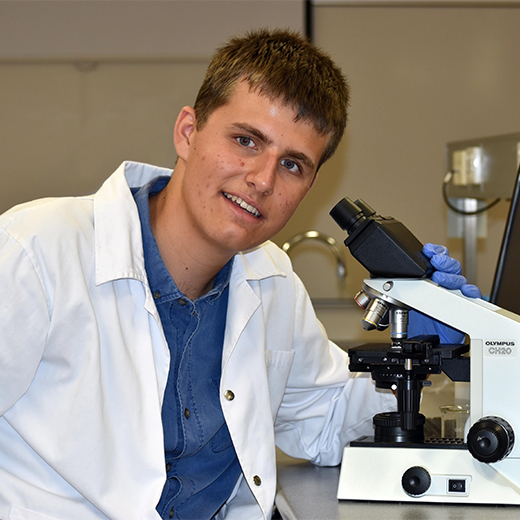 A Hervey Bay mother, whose daughter has undergone two open heart surgeries in the first two years of her life, is using a free USC university skills course as the first step towards a career as a paediatric nurse.