A social worker and mental health nurse who has worked with the homeless, addicts and migrants in the United Kingdom will deliver a new degree in Social Work to first-year students at USC Fraser Coast.

Dr Kate Jonathan, who has held academic positions at two British universities, said she was looking forward to sharing her knowledge and experience with Fraser Coast students who shared her passion for making a difference to people’s lives.

The dual Nigerian and British citizen initially planned a career in finance and worked for the National Bank of Nigeria after graduating from school, before moving to England in 1986 to study accounting.

“I have always enjoyed caring for vulnerable people and was inspired to change my profession after working with homeless people in England’s South Yorkshire region,” she said.

“This low socio-economic area was experiencing an increase in homelessness, drug use and mental health problems so I helped to set up a charity that is still operating today, offering support to the homeless.

“I discovered that I was better working with people than with papers, so about 12 years ago I decided to leave accountancy and become a qualified social worker.”

Dr Jonathan completed Honours in Social Work and Mental Health Nursing and a Master of Public Health before gaining a doctorate in Social Policy and Social Work at the University of York. Her research focus was the impact of mental health on disadvantaged and vulnerable families.

“I would actually dream that I was living in Australia, so this is a dream come true and feels as though I am in the right place,” said Dr Jonathan, who moved to the Fraser Coast with her three teenage children last month after a year in Melbourne.

“You can work in area that makes the most of your talents, from criminal justice to working with children, people with mental health issues, immigrants, women and domestic violence victims.”

Social Work is one of five additional degrees at USC Fraser Coast in 2017 that gives students the flexibility to undertake their first year of university locally and complete the remaining subjects at USC’s main campus on the Sunshine Coast. The others are Science, Counselling, Social Science and Psychology. 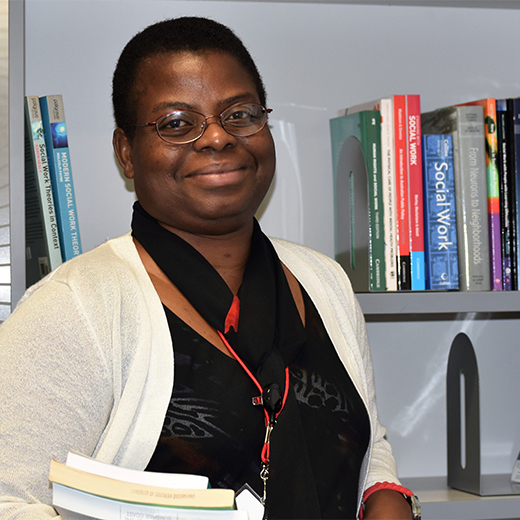